Mary Elizabeth McManus was born just above the border between Ireland and Northern Ireland to a Catholic family. When she was 21, she came home, pregnant. Being in such a shameful state, she got on a boat to Canada where she would be out of sight, if not out of mind of her family, and she could have the baby there.

Making her way across the country en route to Regina where one of her sisters was living, Mary ended up in Winnipeg, too pregnant to go further. She was allowed to stay at a convent run by the Misericordia Sisters and her little boy, Gerald, her first of ten children, was born at Misericordia Hospital on April 24th, 1929.

After Gerald was born, Mary moved to Regina to be with her sister, Vera. The two of them worked at the Qu’Appelle Diocesan School.

But with the stock market crash later that year and the agricultural crisis that began with the Dirty Thirties, cutbacks were made at the Diocese and they moved to Moose Jaw for work. Moose Jaw had a brand new Robin Hood Flour Mill and there were some jobs available for even unskilled workers like Mary and Vera, washing and cleaning clothes and houses. The two women eventually found work in the laundry room of the Moose Jaw Union Hospital.

Many people gloss over the Dirty Thirties as not being SO bad, but the beginning of the 1930s was extremely tough for these women and the little boy, Gerald. It was nearly impossible to keep all three of them fed with the little money the two were able to earn. Mary met a man named Pat Maloney, whose parents homesteaded around Gull Lake, when Gerald was just two years old. Pat told Mary he would marry her, but he wouldn’t be able to raise another man’s child. Money, of course, was too tight to mention, and, perhaps, social norms and Irish pride were also factors in that decision.

In anguish, Mary found she had little choice but to take him to Social Services and signed him away for adoption. When Joe and Bridgetta O’Shea adopted him, they changed his name from Gerald McManus to Gerald Patrick Merlin O’Shea, with Bridgetta and Joe calling him “Merlin”. Doc remembered a big change in his life when he was little, going from somewhere cold to somewhere very warm, which was, perhaps, the transition from where he’d lived with Mary to the home of the Doctor and his wife.

Doc grew up with no idea that the Doctor and Bridgetta had adopted him. 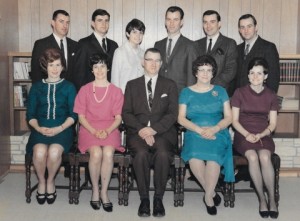 It was after Doc’s parents had  passed away that he was put in touch with Mary. Helen Hall, who worked for Social Services in Regina, had received correspondence from Mary Maloney (McManus) over the years inquiring about Gerald’s welfare, and there were letters written between Mary and Helen. Helen contacted Doc after Bridgetta passed away, who gave him his birth mother’s address — she was now living in Hamilton, ON. Doc’s friends, especially his girlfriend Kathy, convinced him that he should get in touch with her — even just for curiosity sake.

I think it was 1957 when Doc first re-met his birth mother. He’d gone down to Oshawa, Ontario to pick up a new Ford car from the factory, and after he got the car he drove the short distance to Hamilton to the address he had been given by Helen Hall. A beautiful young girl (Betty) was sitting on the steps and suddenly it crossed his mind, “Should I or shouldn’t I admit to being a relative?”  He asked if Mary Maloney lived there and yes Betty told him that was her mother.

Mary came to the door and when Doc told her that he was, in fact, Gerald she could not hold back her tears. She told him she had thought about him every day of her life since she gave him up for adoption.  Of course Doc’s parents had never told him he was adopted and it wasn’t until after they had died that Helen Hall talked to him about his birth mother.

Finding out more about what had gone on in their short time together, Doc was surprised, and a bit relieved, to find out that Vera, Mary and he had lived in the shadow of the Robin Hood Flour Mill. Whenever Doc was in that city, that flour mill, a firmidable cement monstrosity hugging the Soo Line railway tracks, had always given him a strange feeling of familiarity, and finally, he knew why.

In 1960, we went  to Hamilton to visit my sister Georgie and family for Christmas.  We, of course, contacted Mary and spent an evening visiting her. I know it was hard for Mary to see Doc with braces on his legs as the only time she had seen him since she put him up for adoption was a few years before when he was running instead of walking funny!  Mary passed away at a very young age, just 64, after many years of heartache and longing for her first born child.

But for the Maloney children, Betty, Kay and Leonard were the only ones who were privy to their mother’s secret of an older half-brother, and Betty had decided that with this visit, it was time to let the cat out of the bag, so to speak. She invited us — and all her siblings — to her house for dinner. After dinner and while the gang was still at the table, Betty asked, “Aren’t any of you curious as to why this couple and their young daughter are here tonight”?

The answer from the table was, “Yes.”

Then Betty said, “Doc — or Gerald — is your half brother.  Mom gave birth to him before she met our Dad.” And then they began to see that Doc looked so much like the rest of them, they were surprised they hadn’t seen that before. Len, Kay, Jim, Betty, Bernie, Terry, Donna, Dan and Debbie had an older brother, and they were thrilled.

Once in the early 1960s, Mary flew out to Regina for a visit, and then we drove her to Calgary to see her sister, Vera, who had later moved there.

We spent some time with the Maloney clan over the years — and what a great bunch they are. They are lots of fun to be with and good people.  I always visit them when I am in the Hamilton area visiting my family.  The following pictures were taken when they were in Regina for a reunion on the Maloney side of the family. 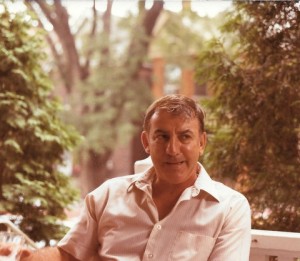 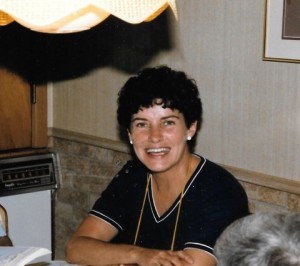 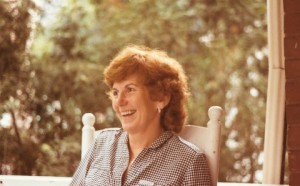