Writing the post about  Our friends John and Roseline Weisshaar had me thinking about my relationship with Notre Dame College in Wilcox and Father Murray.  After Doc and I were married we spent a lot of time visiting Father Murray. We would drive out to Wilcox, SK for Sunday Mass at the church and afterwards visit him (and have a drink of Scotch) in Varsity Hall. I don’t recall the circumstances but one day we got to talking about music and songs. I asked Father Murray what his favourite song was and he replied, “ Let Me Call You Sweetheart”.

It reminded me of the time I played that song on my brother Gerald’s  saxophone at a Music Festival.

Music was always a big part of our home growing up. I still  love to sing along with music on my IPad. I have no idea how my sisters Verna and Edna became such good piano players as we didn’t have a piano when they were still at home. Gordon played the guitar and accordion. Dad sometimes played the harmonica but not often! Mama apparently had a mandolin when she was young.  Mama could also play the accordion and the guitar. She didn’t play either one often as she was shy about showing off  her talents.

Gerald on the other hand could play any instrument he picked up!  This included the saxophone, a clarinet and a trumpet. Later on he  purchased a Heintzman piano and he played it too. . All this without music lessons. 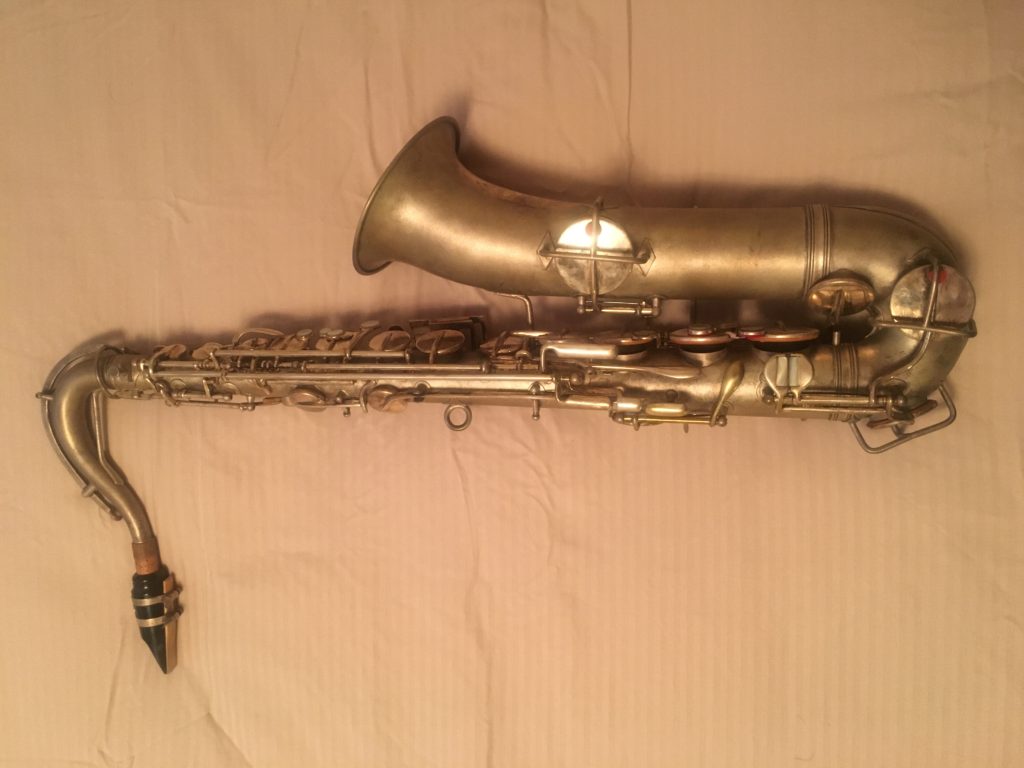 My brother Gerald’s Saxaphone. Thanks to Darryl for taking this picture on February 22, 2018

Our School, Stafford, was part of the Outlook School Unit and we were informed  that they were having a Music Festival in the Community Hall in Elbow, Saskatchewan in the spring of 1946.  This was open to entry for any students in the Unit. Nobody in our school district had access to a music teacher. We were some 14 miles  from the nearest village where lessons might have been available. And let’s face it, there would not have been any money for music lessons!

Gerald was kind enough to let me play his saxophone and taught me the basics. I had learned to play a couple of songs, choosing “Let Me Call You Sweetheart” to play in the festival. I was always quite daring in those days so it doesn’t surprise me that I was the only one from our school who entered the festival. 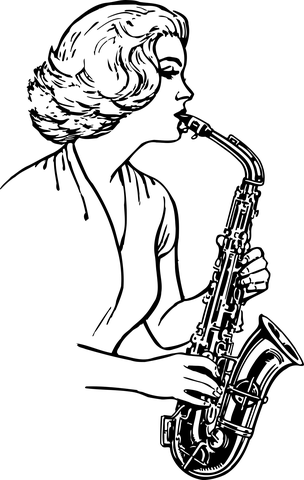 Nervous, you bet I was nervous. You could say I was scared, really scared when I arrived at the hall. My brother Gerald had driven me the 20 miles to Elbow in the 1/2 ton truck. The hall was filled with parents and friends who came to listen to the contestants.

My name was called. I have no idea how I managed to get up on the stage.  I licked the reed of the saxophone and my mouth was so dry. I got through the first verse of “Let Me  Call You Sweetheart”. No problem. Not so good on the second verse, I SQUEEKED the last note in the line  “In your eyes so TRUE.

I was so embarrassed. I finished the song and exited the side door not wanting to hear what the adjudicators said of my performance. I  crawled into the truck, tears streaming down my cheeks. Gerald gave me a hug and said, “it’s  OK,  Maureen”.

The aspirations I had for becoming a great musical talent ended that day.