My uncle, Henry Stone, may have been hero, a soldier and pilot for both Canada and the USA in two of their wars, and was instrumental in setting up the Veterans of Foreign Wars in Minnesota, but our family had a cousin with an altogether different kind of fame. 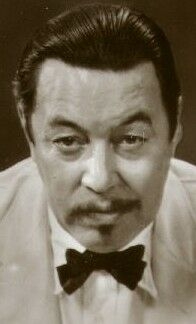 Although the name “Warner Oland” may not ring any bells for many people anymore – even in relation to The Swedish Pioneers. After all, that name bears no similarities to the other names we’ve come across: He’s not a Sten or a Stone or a Holmlund. But Warner Oland was a cousin and a famous one at that, best known as the actor who played the most perplexing and well-loved movie detectives ever, Charlie Chan. That was after reaching stardom and box office success in one of Paramount’s first talkies, the 1929 release of “The Mysterious Dr. Fu Manchu.” Cousin Warner played the title role Dr. Fu Manchu.

According to Wikipedia, the Olands settled around Boston after emigrating from Sweden. Warner was drawn to New York City, and his show business career started out as a stage hand. 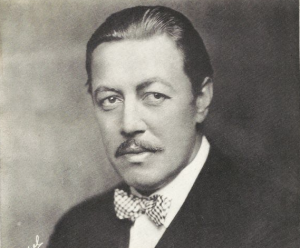 The rather dashing Warner Oland

But Warner wasn’t content with a behind-the-scenes role, and became trained as a Shakespearian actor. Slowly but surely, parts started to come along. Because of his acting abilities and his ability to look “ethnic” with the addition of a “little goatee on his chin”, he started to find himself in demand, including a major role in one of the first talkie’s ever, the 1927 hit The Jazz Singer which starred Al Jolson. 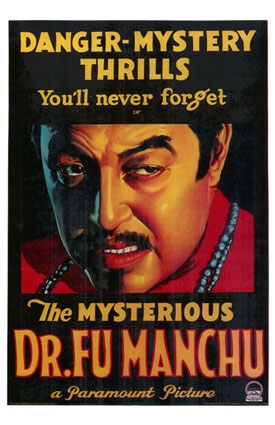 In 1929, after being cast as the evil criminal genius, Dr. Fu Manchu, Oland was given the starring role as detective Charlie Chan with Fox Studios. The very first movie, Charlie Chan Carries On, was a box office success and Oland was eventually contracted to 15 more Charlie Chan films.

Charlie Chan was a completely different character than Dr. Manchu, and although this dark-haired Swedish-born man was playing an oriental detective, Chan’s character was kind, funny, generous, clever and honourable. Given $40,000 for each of the Chan films — as well as stardom (Oland starred opposite of Marlene Dietrich in Shanghai Express), it seems that Warner liked the booze just a little bit too much, and it started to interfere with his family life – and his job.

After he and his wife of 30 years, playwright and portrait painter Edith Gardener Shearn divorced, Oland got on a ship to Europe and eventually ended up in Stockholm, staying at the home of one of his friends. But the drink and years of smoking caught up with him and he died, aged 58, in Stockholm, from bronchial pneumonia.

His ex-wife had his cremated ashes shipped back to the USA for internment, and a memorial to cousin Warner can be found at the Southborough Rural Cemetery in Southborough, Massacheussets.

Family trees are not easy to draw and put online, so I’m going to tell you how we are related.

We go back to Olaf Forsberg and his two sons: Erik and Carl. I’m on Erik’s branch of the tree and cousin Warner is on Carl’s.

Here are a couple of interesting sites to learn more about cousin Warner.

I always knew that the man who’d played Charlie Chan was related to us, but I don’t remember seeing any of his movies when I was young. My older sisters and brothers, however, might have even seen his movies when they were originally released.