My Uncle Henry Stone (Henrik Algot Sten) was born in Sweden on June 13, 1878.  He emmigrated to Minnesota along with the rest of the Per Sten family in 1892.

Although he came to Saskatchewan with the family in 1906 when they decided to make the move from Minnesota, he only helped them with the move and perhaps the clearing of the land, but and didn’t file for a homestead himself like his brother, Axel. He had other things to do back in the USA. As a 26-year-old, Minnesota was where he called “home” when he wasn’t out supporting the USA’s armed forces.

Henry had served in the United States armed forces in the Spanish American War in the Philippine Insurrection in 1899 and 1900.  He served under combat duties and received high commendations despite the most severe battle conditions. 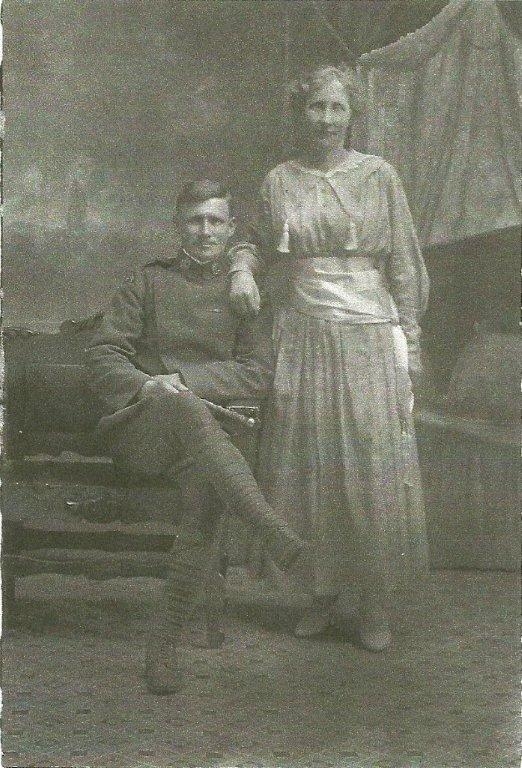 In 1899, he was one of the veterans that banded together and formed the Veterans of Foreign Wars of the United States.  This organization was dedicated to making sure the soldiers had rights and benefits in exchange for their wartime efforts. Without any medical support or veterans’ pension for them once they got back home, many of the veterans who returned back from these wars were wounded or sick and had no choice but to support themselves. The VFW movement changed this and, in turn, became instrumental in establishing Veteran Affairs which now offers health and other benefits to veterans and their families.

After the Great War broke out, Henry went to help the Canadians and joined the Royal Canadian Air Force in 1917. He served Canada as a pilot for one year. Records show that he was credited with a crash landing and a miraculous escape from enemy forces. While on furlough in 1918 he managed to take a trip back to Roseau and married the his lifetime love, Gertrude (Gertie) Vistas.

Henry was discharged from the Royal Canadian Air Force on August 16, 1918 and he and Gertie took up farming, settling on a farm near where his parents had settled years before in Roseau.  By all accounts, Henry was also a talented carpenter and was the built many buildings in Roseau, including his and Gertie’s home. The two of them never welcomed any children into the world.

Bring Me Back a Sailor 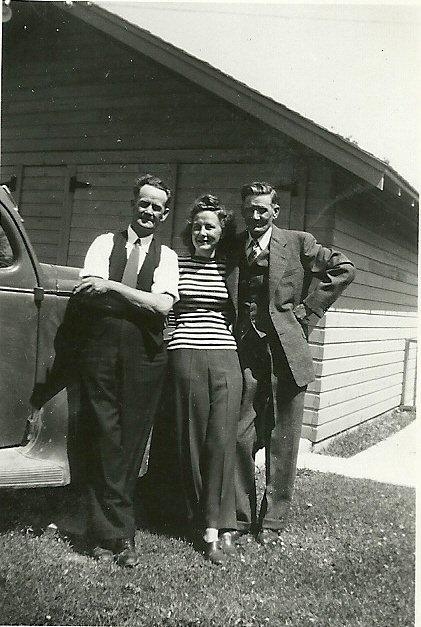 In 1940, my Dad and sister Georgie went to Minnesota to visit Henry and Gertie. By that time, Uncle Henry was very active in the VFA and had business to attend to at the office.  He asked Georgie if there was anything he could bring for her when he came back home that afternoon. Georgie, always with a clever tongue told Henry to “Bring me back a sailor!” 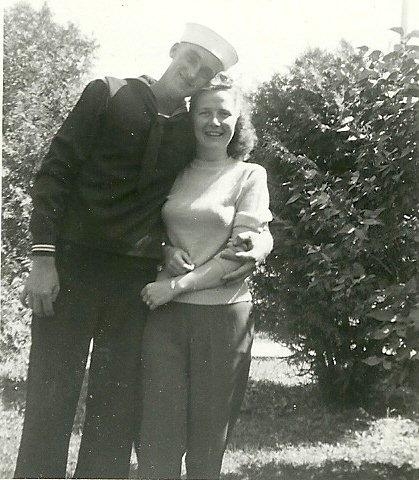 About an hour later, Henry was back home again and although Georgie’s request had been in jest, probably mimicking a line one of her favourite actresses had once spoken, in tow was, indeed a sailor boy.

The sailor left, but Georgie always kept a special place in her heart for navy men. Her husband, Bill Rowbotham, served in the Canadian Navy during WWII and Georgie always talked about how handsome he was in uniform.