When I first met Doc O’Shea, he was working at the Co-op Refinery as a technician. But cars were his passion. He was always talking about cars, cars and airplanes. Everyone knew Doc, it seemed, or knew of him. And they knew him especially because of cars.

In fact, he was sort of the go-to car guy. Many of the single guys would often show up at his place to wash and wax his car and they might ask to borrow it for a couple of hours to take their best girl to the movies or to a dance. But most of the time, they’d show up to hang out, and talk about cars.

I am pretty sure the first thing Doc ever said to me was was, “What kind of car do you drive?” I can just picture him asking me that now, which, in retrospect, was very funny. Until I’d met him, I’d never even thought about buying a car! 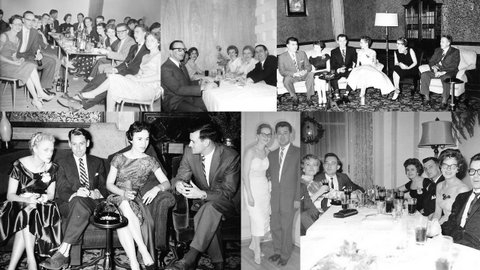 In those days, oil had been discovered in fields in south east Saskatchewan and the city of Regina a boom town because of it. Office buildings sprung up in downtown Regina with names like The Derrick Building, named after the frame surrounding a well, and jobs were plenty.

I got a job with Imperial Oil Limited in an office of around 200 people, most of whom were young and single, I was an accounting clerk, managing payroll and expenses, so I knew all the employees in our office, the men employed as engineers, geologists, scouts and landmen as well as the women working as clerks, stenographers, typists and telephone operators.

Imperial Oil was just one company: there were at least a half dozen major oil companies in Regina then, each with a couple hundred young, single employees. With the boom and the jobs it brought, the Queen City quickly ran out of space to put all of us. We stayed in boarding or rooming houses: the boys would share, the girls would share, but never were they under the same roof, or in the same bed. Couples dated, but there was no living together, Not only would that have been frowned on, it just wasn’t practical. 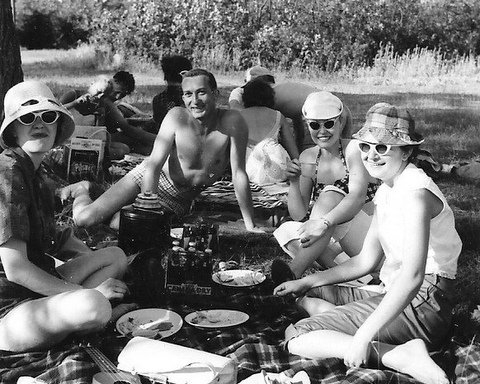 So we spent our spare time having fun. We played games, danced, sang — and partied. There were bowling teams, curling teams, picnics, dances and parties. Regina was a single person’s paradise. Everyone knew each other from the vast array of social interactions, especially with company teams competing against each other in the sports we played.

When it came to dancing, there was a Dinner & Dance in the main ballroom of the Hotel Saskatchewan every Saturday night. That was the era of big bands, beautiful dresses both cocktail length and long, and Saturday nights at the Hotel Sask guaranteed good dancers on a superb dance floor. On Mondays, the Leader Post would publish an article summarizing the highlights of the dance, naming all the guests and describing what some of the more notable ladies wore. I remember going to one of those dances with a girlfriend and once the music started, neither one of us left the dance floor until the band stopped playing and it was time to go home. 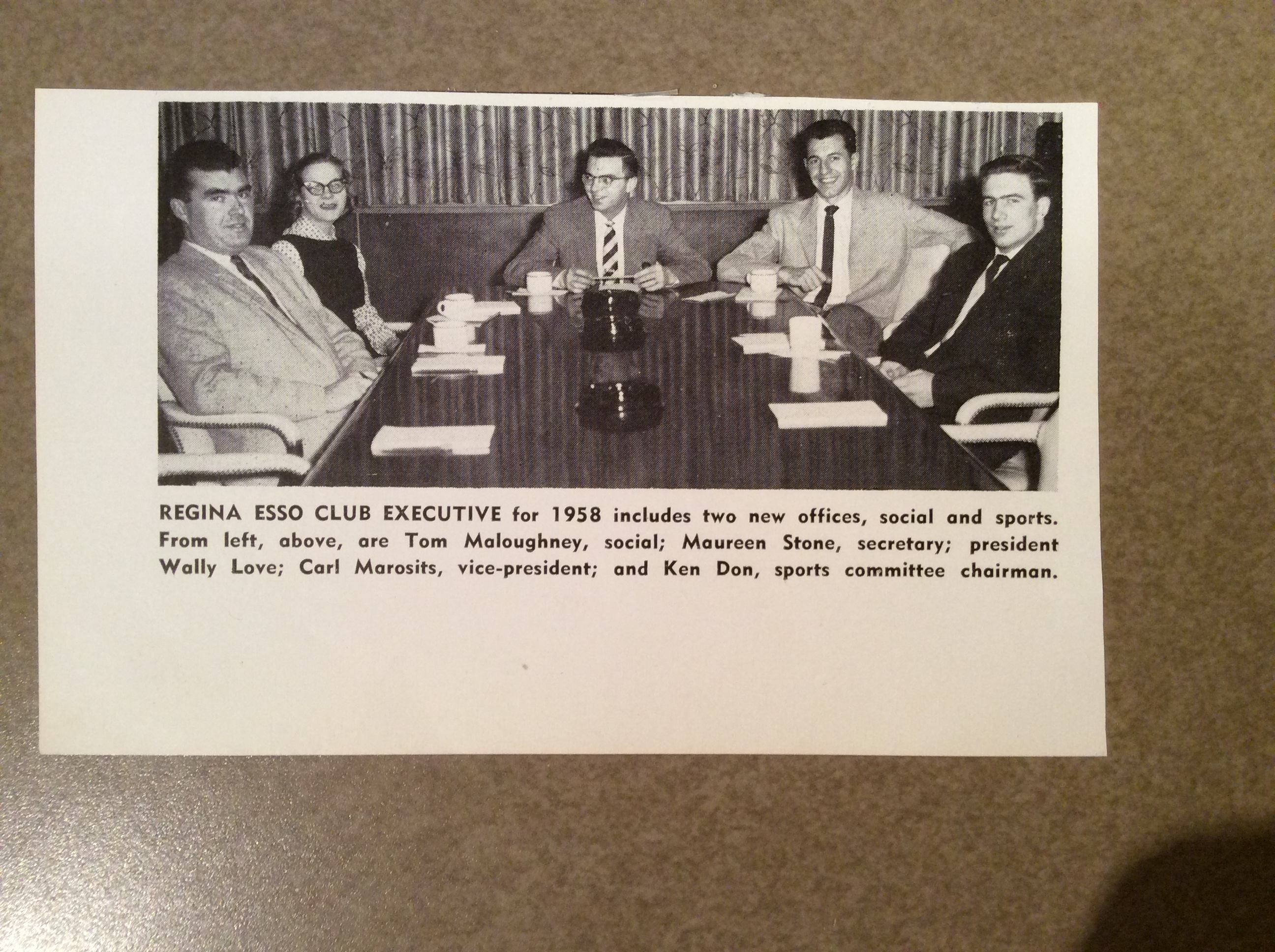 We worked hard, played hard, and had a lot of fun. We had too much to do to be limited by dating just one guy. At least that was the theory.

Doc had phoned me several times, after we met on the Rider Train to Edmonton, but it wasn’t until late January before we went out on a date. In February, we were on the same team for Regina’s Third Open Mixed Bonspiel, held at the Wascana Winter Club. Our team consisted of John Weisshaar, Leah Spicer, Doc and me. Curling was never one of my favourite sports, for one thing the rocks are heavy and the curling rink is usually cold and to this day, I get cold easily.

And, it seems, Doc noticed that.

Even though I hadn’t seen Doc since we curled together in the spring, one cold morning in the fall of 1957, I came out of the apartment to go to work and Doc was parked out front, waiting for me to give me a ride to work.

That was rather out of the blue, but quite the nice surprise.

He was driving a 1941 Ford 1/2 Ton truck that morning, and he’d recently added an extra heater in the cab, making it toasty warm inside. And for what ever reason, that morning, after getting off the night shift at 7:00 in the morning, he thought about me.

It was a real treat for me to get a ride to work, and Doc’s coming to get me in the mornings and driving me to work became a pattern.

And it was something I started to look forward to, every morning.