Years after her death, I now know many things I didn’t know before about my sister, Edna Stone. Edna had a life-changing influence on Canadian pianist and author Gayle Dunsmoor. It’s a story you will want to read. 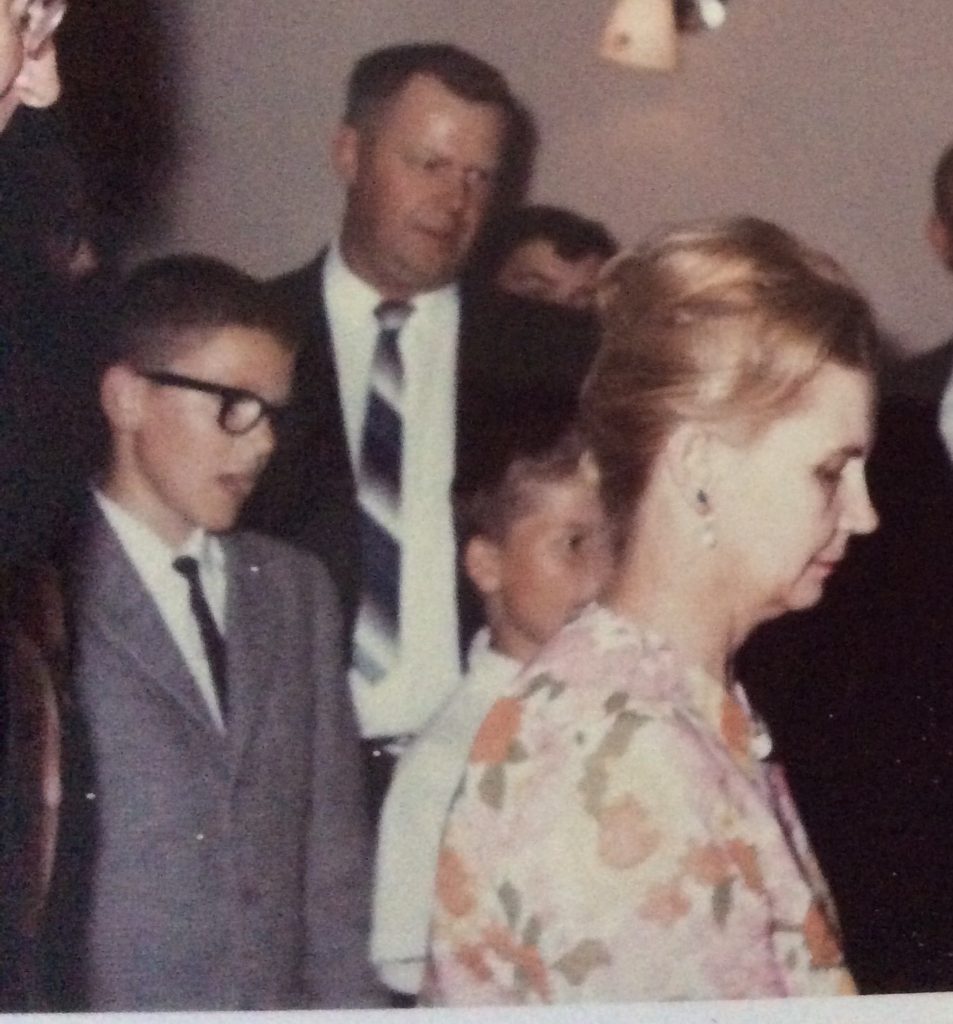 If you’re a follower of my blog, you might remember my sister Edna. She died from breast cancer like our oldest sister, Verna and before she died, Edna had worked as a realtor in Calgary. But, like Verna, her real talents were as a teacher, and a tutor.

Growing up at our family farm outside of Strongfield, SK., we all knew how talented Edna was. She read a lot, played the piano, and was an excellent teacher. At the end of the 1940’s, beginning of the 1950’s, Edna tutored my older brother, Jim, helping him achieve an impressive Grade 12 high school math average which gained him acceptance to the University of Saskatchewan. That, eventually, led to his chemical engineering degree and a life-long career with Proctor & Gamble.

Edna moved to Calgary, AB. soon after, but her teaching certificate from Saskatchewan didn’t bode well with the Alberta Teacher’s Association, and the teaching positions available to her were mostly part-time. Offering tutoring was a way that Edna was able to make ends meet.

For one of the students, Gayle Clemmer, Edna’s influence was life changing.

Gayle’s mother, probably at her wit’s end with her 14 year-old daughter in the middle of Grade 10, saw Edna’s ad offering tutoring in the local paper.

Gayle’s mom made the phone call to Edna for “help”. 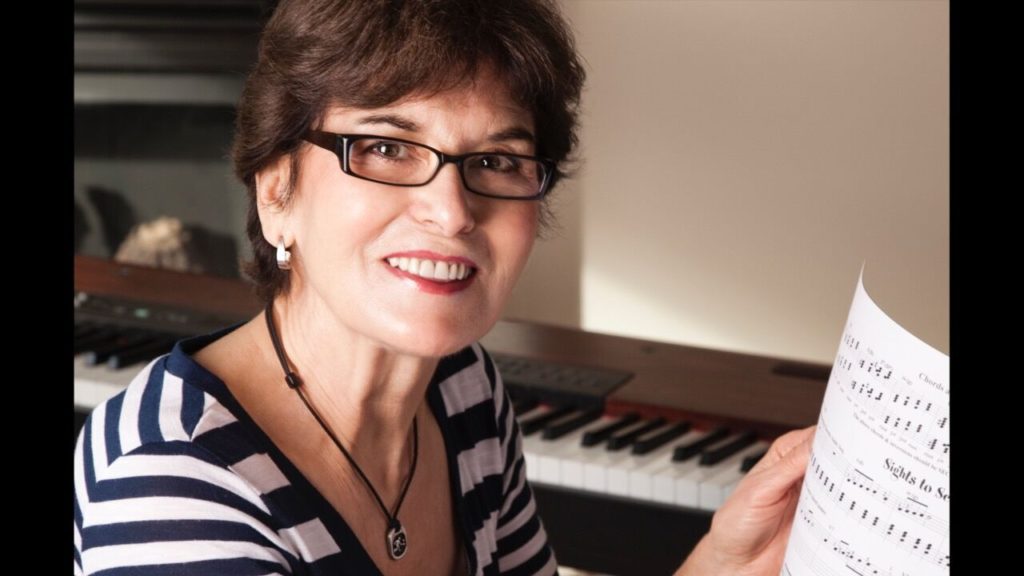 I was floundering in math and was sent to Edna for tutoring. As you know, she was an amazing teacher! I will never forget the day I received the highest mark in the class, in math. What a good feeling!

That was the beginning; I wanted that good feeling from then on!

It was, however, too late for my parents. Their school of thought was that girls did not need an education and coupled with my poor performance throughout the year it was off to work as a receptionist for an oil company.

During this time Edna recognized that I had something special with my piano playing and convinced me to get a better teacher. I started doing a lot of my practising on her old upright Heintzman piano. In the meantime, she also convinced me to continue with a high school education. Grade 10 subjects were finished off by correspondence. I have often wondered if, at work, they were aware that most of the typing I did was for school subjects and holding the phone was to receive coaching/tutoring from Edna.

As for the piano, it was about 3-4 hours of practising every evening and always followed by phone chats with Edna! Needless to say, our relationship was far beyond tutoring.  I was dependent on her guidance, vision and expertise. But, most of all, I had a friend who believed in me.

After 1 1/2 years of working for Goliad Oil Company, I left and became a full time student at Mount Royal College. Grades 11 and 12 were completed in one year (some subjects by correspondence). During these years with Edna, I prepared for the ARCT performers diploma with the Royal Conservatory of Music, as well as, competing in the Calgary music festival.

It was a bit of a shock to the establishment when this kid from nowhere surfaced, winning in some of the most difficult classes! Edna encouraged me to become a concert pianist and we came up with different stage names! (We had lots of fun with that!). She joined the church that my family attended -“Grace Presbyterian Church” and later, without my knowledge, arranged with the minister, Dr. Frank S. Morley, that I give a concert at the Jubilee Auditorium which was sponsored by the church. There was a big turnout and I did play some impressive works by Beethoven, Chopin and Brahms! Looking back, I cannot believe that in two years, Edna and I were able to pull that together!

What really became the turning point was when Dr. Morley phoned to say he wanted Edna and me to come with him to the Albertan Newspaper and meet Mr. Max Bell. I can still hear myself telling Mr. Bell how I could type and take shorthand and how I would work really hard to save money to go to the Julliard School of Music in New York.

Mr. Bell’s reply was that he wanted to be my sponsor!

I did not understand what a ‘sponsor’ was — and I kept repeating how hard I would work for the newspaper!

Later, in the car, Dr. Morley explained what a sponsor was!

I decided against Julliard School after attending a summer music camp in Mount Orford, Quebec. Instead, I opted for the Quebec Conservatory in Quebec City (loved the sound of the language and I had become good friends with a French Canadian student from Quebec City). At age 18, I became a student at the Quebec Conservatory with courses at Laval University. Those three years were followed by two years at a music school in Paris, France. All five years were facilitated by the generous sponsorship of Max Bell.

Gayle has a long list of events/accomplishments in her music career: 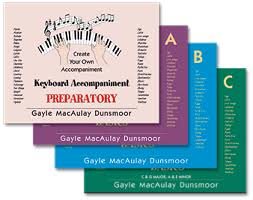 You can view the rest on a YouTube video entitled “Creative Piano Skills – How To Teach It”. The best way is to visit the website: www.quenmar.com

By the way, the name “QuenMar” (combines the names of my children, Quentin and Marya!). My videos and workshops are mainly lobbying to have ‘Creative Piano Skills’ given marks at ALL grade levels during students’ formal training.

Gayle was born in Calgary, Alberta, Canada where she completed the piano requirements for the Associateship of the Royal Conservatory of Music of Toronto (A.R.C.T.) with first class honours. Her musical education continued at le Conservatoire de Musique de Québec from which she received the diploma, Laureat de l’Académie de Musique de Québec.

Gayle’s love of music and desire to speak French fluently led her to two further years of study in Paris, France. Her program included concerts and competitions. Returning to Canada and a career teaching piano, Gayle became aware of a ‘missing subject’ in the curriculum of formal piano education. Although many students could excel technically and interpret complex compositions with ease, they were often perplexed if asked to create their own accompaniment to a basic melody. Realizing that hearing and anticipating chord changes is another area of the brain, Gayle began writing melodies that progressed equally in difficulty with the sight-reading and technical skills. Students providing accompaniments for two or three new melodies (at least weekly) developed a feel for the harmonic changes, progressions, styles, rhythms and patterns. She soon noticed that, like most new skills, creating accompaniment for melodies requires hands-on, step-by-step training from the beginning.

Gayle lives in Nanaimo, BC, Canada with her husband, Jim, and is a member of the BC Registered Music Teachers’ Association.

I had previously written two posts about Edna: My Sister Edna and Cancer Takes Grandmother, Verna and Edna.