In world of “bad news sells” that we are inundated with on a daily basis we hear very few good stories.  However I have a good Mini story to share with you today. 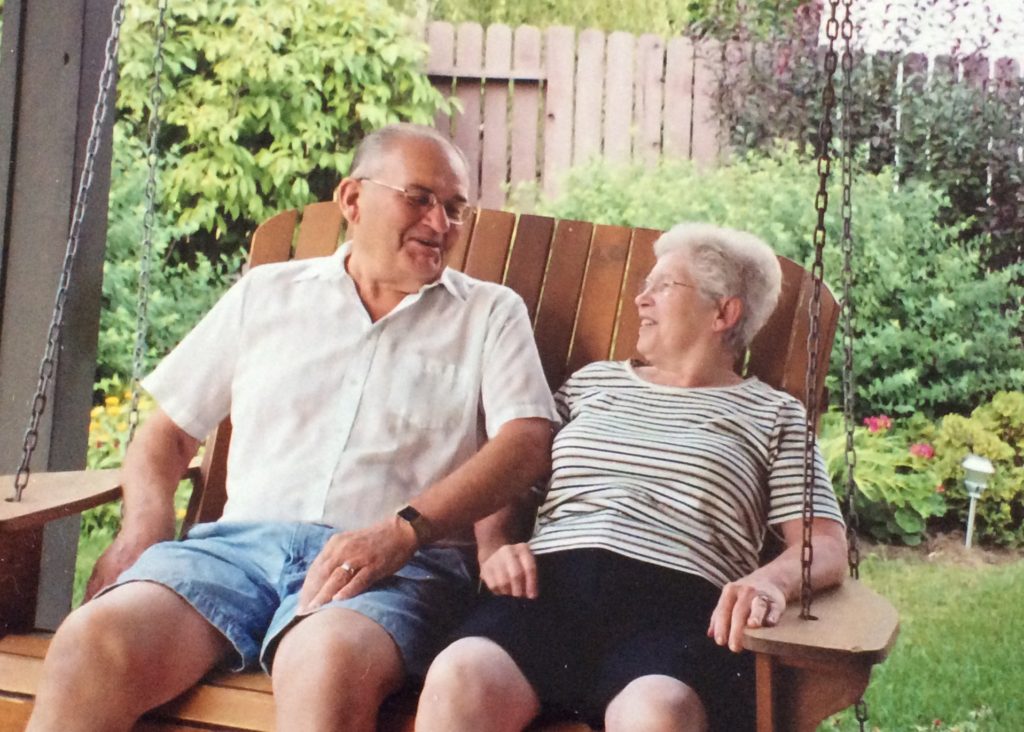 Eugene and Irene just swinging on the deck

Last week my friends Irene and Eugene were in Regina for a couple of days.  They had received an invitation from Taylor Motors to come and check out the latest Lexus models.  After tending to other business they decided to go and “kick the tires” of the newest cars Lexus had to offer.

Irene was talking to Bob Swan (Product Advisor – Lexus) beside the big windows of the showroom.  Outside was a very pretty blue car.  Irene didn’t recognize the make of this car and asked Bob “what make is that blue car”?

To which he replied, “it’s a Mini”.  Irene said “ I didn’t know what they looked like”. 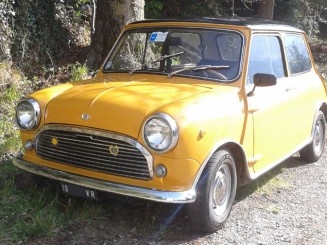 Bob went on to say, “I have to tell you about a guy that knew EVERYTHING about a Mini.  He knew every part.  Nobody knew more about Mini’s than Doc O’Shea or maybe now his son Murray.” Then Irene told him she was a close friend of mine. They talked more about Doc and what a coincidence it was that he brought up Doc’s name.

I called Bob at Taylor Motors and had a great visit on the phone with him. He told me he was working at Canadian Motors in his late twenties when he met Doc. Canadian Motors was owned by the Patton Group at that time and Doc would come in and visit with Allan Patton on a regular basis, the son of the owner of the dealerships owned by the Canadian Motors group. Bob even said he had been to our home when we lived close to the University. I told him, “You have a good memory!”

Bob loves cars too. He he has quite the collection (14 to be exact). Many makes and models from G.M.’s, Volkswagen’s, Mercedes, a Isuzo Crossover, and a 2003 Z06 Corvette. (Motor Trend, we love Corvettes and consider the ’03 Z06 the best Corvette ever.)

What an impression Doc must have made on Bob. To think that Doc has been gone for more than THIRTY years and his expertise is still talked about by “car people”.