My grade four teacher, Bill Louden, was years ahead of his time. He lived with his girlfriend, which in 2017 is not unusual, but in 1942 was simply unheard of. He played his guitar as a music class, taught us how to play chess, and told us many tales of adventures of his friend Buzz Hutchison and himself in Gull Lake, Saskatchewan. He taught from August to December 1942 at Stafford School.

I remember that we spent a lot of time practising for the Christmas Concert, and there was not much emphasis on actual schoolwork.

It is now 75 years later, and I’ll try to remember some of the non-academic tales, in no particular order.

Louden told a story about Russian Artillery Tactics, which strained my credulity, even as a nine-year-old. The Russians were retreating from the Germans. As they retreated, they had taken a German soldier prisoner on a farm with a windmill. The Russians could train their guns on the farm but needed to know precisely when the Germans arrived. They tied the captive to one of the windmill blades and watched with field glasses for movement of the windmill. They reasoned that the Germans would rescue one of their own. When the blades moved, they blasted away.

Bill and Buzz were having a rock fight. (This would work with snowballs, but it was summer.) They agreed that the fight was futile and one of them proposed a truce. Buzz said, “If you drop your rocks I’ll drop mine.” Bill did. Buzz didn’t and let fly on the munitions-less Bill.

The Song which Amused Our Class the Most 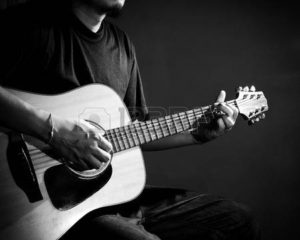 Using the guitar and/or the piano, he endeavoured to determine the voice range of each of the students. I was proud when I learned he rated me a monotone!

In 1942, most of the cars driven in our community were box-shaped models from the late 20’s and early 30’s. The Depression had limited the sale of more modern cars and the war effort had curtailed the production of vehicles for private use. Louden loved cars; he drew pictures on the blackboard of stream-lined vehicles which correctly forecasted the future. 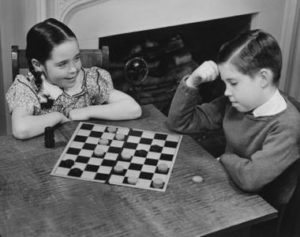 Louden decided that the school should have a checkers competition. I played Doreen Carlson in my first (and only) game. She won. How shameful. I was beaten by a girl!

For farm kids who faced mosquitoes every day in the summer, it was amusing to see Bill Louden arrive at school with a mosquito net draped over his hat — with his pipe protruding from a hole therein. There was such a clamour that he only wore it once.

My cousin Mickey made the mistake of calling Bill Louden a “bugger”. Mr. Louden made him look up that word in the dictionary. We learned something new that day.

Louden thought it would be a good idea if the pupils memorized a poem of their choosing and recited it before the class. This practise continued for a brief period until my cousin Garry recited as follows:

”Snow on the mountain
slippery as glass
down came a Billy Goat
sliding on his
(pause)… overcoat.”

In 1942 , Korea had been occupied by Japan for several years. The Japanese army forced many Korean women into sex slavery. Sexually transmitted diseases were rampant. Louden implied that the women involved deliberately infected themselves in order to infect the Japanese troops. At nine years, old, I had no idea what he was talking about.

Louden claimed that you could get a hernia by lifting a small object, such as a ball of twine (for a binder). This amused the audience, especially the farm boys.