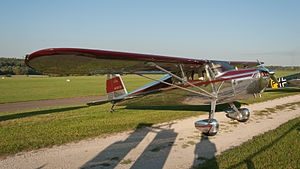 The Chilliwack Flying Club had been organized two years before.

Doc had always had an interest in becoming a pilot. This was where he first tasted flying in a small plane accompanied by instructors from the Club. They would take off in the Fraser Valley and before you knew it you were way up above the mountains with a view all the way to the Pacific Ocean. It must have been exhilarating, to say the least!

AND then the O’Shea’s moved back to the prairies.

In 1951, Dr. Joe passed away. Bridgetta was in the hospital in Regina at the time, having had gall bladder surgery when the ambulance brought Joe, who’d suffered a heart attack, to the hospital, where he died. After this happened Doc began working at the Co-Op Refinery and he and his mother moved from Wilcox to Cameron Street in Regina, Saskatchewawn.

His mother, Bridgetta, passed away in 1954. She, too, had a heart attack, walking down Albert Street, on her way downtown to pay the power bill.

Doc’s desire to learn to fly brought him to the Regina Flying Club. This club was a beehive of activity. In those days it was a gathering place for all the would-be pilots.  He enrolled in flight school and was a fast learner.  Flying was something he loved!  He had Ray Ban 18-CT gold aviator sunglasses with brown lenses that lasted him for life and he earned his wings, and his Private Pilot’s License in 1955. 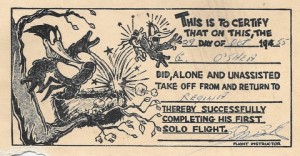 One instructor that he really liked was a guy named Frank Fillion.  Later on in life we visited him in Hamilton, Ontario where he was the Airport Manager at the airport there. There was another Frank too, Frank Flegel who became the News Director at CKCK.

Working at the refinery

Doc started working at the Co-Op Refinery in about 1953. He was one of many “controller/operators” who worked the three sets of shifts for a round the clock job: day, afternoon and night. He never had a problem with working shifts and, of course, there were times when they got extra days off — especially after having worked the night shift.

The refinery was far from being automated in those days. The operators managed the process to refine gasoline from crude oil by constantly monitoring the many gauges of the refining process. This was a large refinery consisting of many towers and ladders to reach all the monitoring stations.

When he had extra time off, that’s when he would help out with funerals at Speers. Doc could never sit still: he ran instead of walking. He was not one to hang out in pubs as he would rather wash and polish his car and/or polish his shoes.

Life was good. Doc and Garry Allen took a flight to Toronto and were off to Oshawa to the Ford plant to pick up the two 1955 Fords that they had ordered, since picking them up in person saved on the freight! The Y-Block was a major development in Ford’s history and succeeded the flathead of 1954.  The overhead valve design was new and this car went like a rocket from the start. 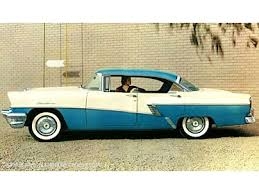 He loved to tell this story:  He was driving from Regina, Saskatchewan to Lethbridge, Alberta with Hughie and Marcella Gordon. They were going to visit Marcella’s sister Jetty (another Bridgetta) and her husband, Steve Schmaltz. Marcella and Jetty were cousins of Doc.

They were cruising along west of Medicine Hat, possibly a bit over the speed limit,  when Doc saw some flashing lights in his rear view mirror. Hughie said, “Your not going to let them catch you, are you?”

Soon there was no sign of the cops behind them.  However, when they got to Coaldale there was a road block with three RCMP cars waiting for them.  Then the car that had been chasing them arrived and all the cops could say was, “What have you got under the hood of that car?  We want to drive it! “

So Doc, Hughie and Marcella got out of the car and the two cops took Doc’s car out for a drive.

The cops may have loved that car, but there was something about that Ford that Doc didn’t like. So he sold it and replaced it with a beautiful turquoise and white 1955 Mercury Montclair.