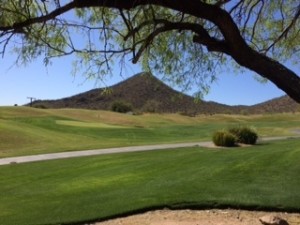 I have always wanted to go back to Tucson.  I was there with my sister Georgie in 1991, and January 14th, 1991 was a memorable day in the history of golf. That’s when this young Californian, Phil Mickelson, took the trophy with a storm, winning the PGA tournament at Starr Pass as an amateur.  Only two golfers before him had ever won on the tour as an amateur.

And Georgie and I were there to watch the final hole. It was SO exciting. 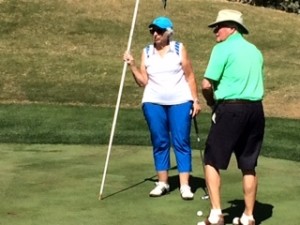 I asked Ruth and Lynn if they would be interested in going to Tucson and playing at Starr Pass. Georgie and I had played the course twice and although we played other courses on that trip it was Starr Pass I knew I wanted to play again.

We left Sun City at 8:00 am and in a couple of hours were on the fist tee of the Rattler Nine.  Blue skies and warm, warm temperature made for a great golf setting.  This first nine was more than a bit of a challenge for us.  Apparently it is the toughest of the three nines but little did we know when we booked online.  There are quite a few blind holes and we lost a few balls.  The course is so very beautiful with such a variety of cacti, wild flowers, sage, nooks and valleys that our scores were secondary to the golf experience.  The second nine, called the Roadrunner, was much easier with more wide open fairways.  Lynn and I each had a birdie and Ruth had a par. 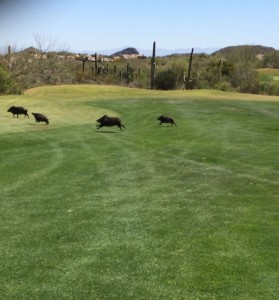 After we hit our drives on one hole and were waiting for the green to clear, out from the bushes came a hog.  Then several more and they scurried across the fairway.  There are Javelinas in Arizona but they are only found around Sedona and the adults range from 200-400 pounds so the ones we saw were, apparently, wild hogs.  I had never seen them before.

We did see one Roadrunner on the “Roadrunner Nine” but he scampered back into the bushes before I could get his picture. 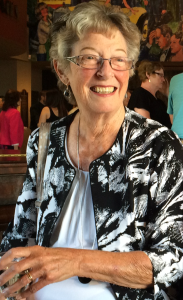 Sharon made us a wonderful shrimp curry

To top off a super golf adventure we we lucky to be invited by Sharon (Lynn’s wife) for a shrimp curry dinner.  Sharon is what is knows as a “foodie” and every meal is such a treat.  Rice, salad, crunchy rolls and a bit of wine made a delicious meal.

Thanks for a great day.