Can there be any better time of year than Christmastime?

Growing up, one of the best parts of Christmas would be my mother’s lefse – a potato-based flatbread which we would always have at the plenty during the holidays.

Norwegian, but us Swedes love it too! 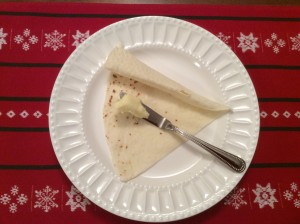 Lefse is perhaps better known as a Norwegian dish than Swedish: my daughter Colleen once visited the southern Swedish city of Malmo in December and happened to be there on December 13th for the Feast of St. Lucia and the children were dressed in long white robes, had candles in their hair, and sang songs. They were at a restaurant with a smörgåsbord of Swedish specialties, but got a blank look when asked if they had lefse. She did, however, have other traditional Swedish dishes including roastbeef, meatballs – and herring for the very first time which she found to be absolutely delicious and a wide variety, from regular pickled herring to sweet and sour, and curry. 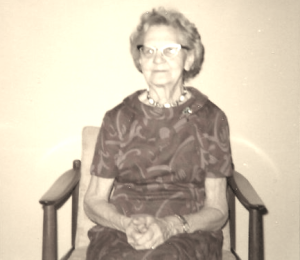 I don’t know if lefse was something my mom learned from her mom with her northern Swedish roots, or it was something she’d learned as a young girl living in Minnesota – or if it was a local influence learned from living in the area around Strongfield, Saskatchewan. That, too is a real possibility as many of the farmers living in the surrounding communities were originally Swedish, Norwegian and Finnish, and recipes would have been swapped especially in the wintertime, when get togethers were common.

I have three different lefse recipes. Two of them come from the Skudesnes Lutheran 75th Anniversary book, commemorating the years 1906 to 1981. The Skudesnes Church is located on a gravel road that runs east-west, connecting Davidson to Highway 19 and the towns of Loreburn, Elbow and Strongfield and before the oiled, then paved, Highway 44 was built, we often took that route to my parents’ farm. Skudesness is a wooden church which was always a landmark for my children when we would make the trip home to visit my parents and, in later years when they had passed away, my brothers Gerald and Gordon and their families, and my cousin Garry who was also farming in the area. We would tell stories about a visit to grandfather’s farm; later we would be singing in the car John Denver songs like “Country Roads” or other folk songs like “Leavin’ On a Jet Plane” as we would count down the last miles to home. We would take a right hand turn onto Highway 19 and follow it for a couple of miles north until we came to Highway 44,

And then the lookout would begin for the red and white checkered water tower that had been a part of the purpose-built village of Cutbank while Gardiner Dam was being constructed during the 1960’s. Once the dam had opened, the population of Cutbank began to dwindle from the bustling worker’s village with a church and Sunday school to a ghost town. Eventually, even the water tower was dismantled, but somehow I still look for it each time I drive down Highway 219. 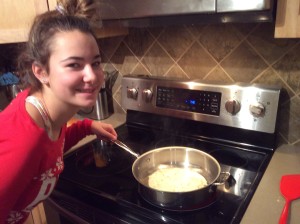 My granddaughter, Lily, helping with the lefse.

This was my mom’s lefse recipe:

Add as much flour as can be stirred in with a spoon while the milk is still hot.
Cool.
Turn out on floured board and roll it as thin as possible.
Bake on lefse griddle, crepe pan or skillet, a frying pan – or on the top of a wood stove like my mom did with a sprinkling of flour underneath to protect the lefse from burning. Flip when it starts getting a little brown in places. (Thea (Holmlund) Stone)

Although this recipe is not very exact it’s one that makes you cook from the tips of your toes, it is our favourite one!

Now there are quite a few ways to eat Lefse: everything from rolling them up with everything imaginable like a Burrito, to jams and jellies, grated cheese, ham and cheese etc.  But the way I always liked them was rolled up with just a small spread of butter on the Lefse.  I saw pages of comments below a Lefse Recipe on the Internet and 90% of those commenting put butter and a sprinkle of sugar on their Lefse.  I think this is the traditional way!