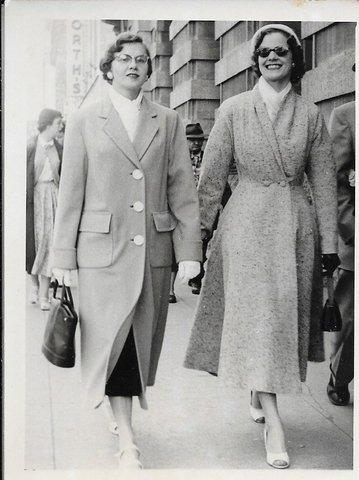 Maureen and her sister Marjorie Stone in 1956

I didn’t know much about football when I was growing up, although I remember we had a football to play with when I was in Grade 12 in Strongfield, Saskatchewan.  Our high school was sparsely populated: we were only around a dozen students, and not everyone was interested in playing a such a physical game like football.  I was always keen to try my hand at playing sport and I do remember trying to throw and catch it, but I wasn’t particularly successful at it.

I was 17 the first time I ever went to a Canadian Football League game. That was in Hamilton, Ontario and was a matchup between the Hamilton Tiger Cats and the Saskatchewan Roughriders.  I was visiting my sister, Georgie, and her husband, Bill Rowbotham, who was a graduate from the University of Saskatchewan. As a member of the U of S Alumni, a football game from the home province was a great opportunity for Bill to see some of his buddies who had also moved to Ontario.

What I remember the most was how special I felt that I had been chosen to accompany my brother-in-law to the game.  But before going to the game, we went to a pre-game mixer, which I’m pretty sure had been organized by the Hamilton Chapter of the U of S Alumni. Now, I know, these days there are tailgate parties and pep rallies, but this pre-game mixer was really something special. 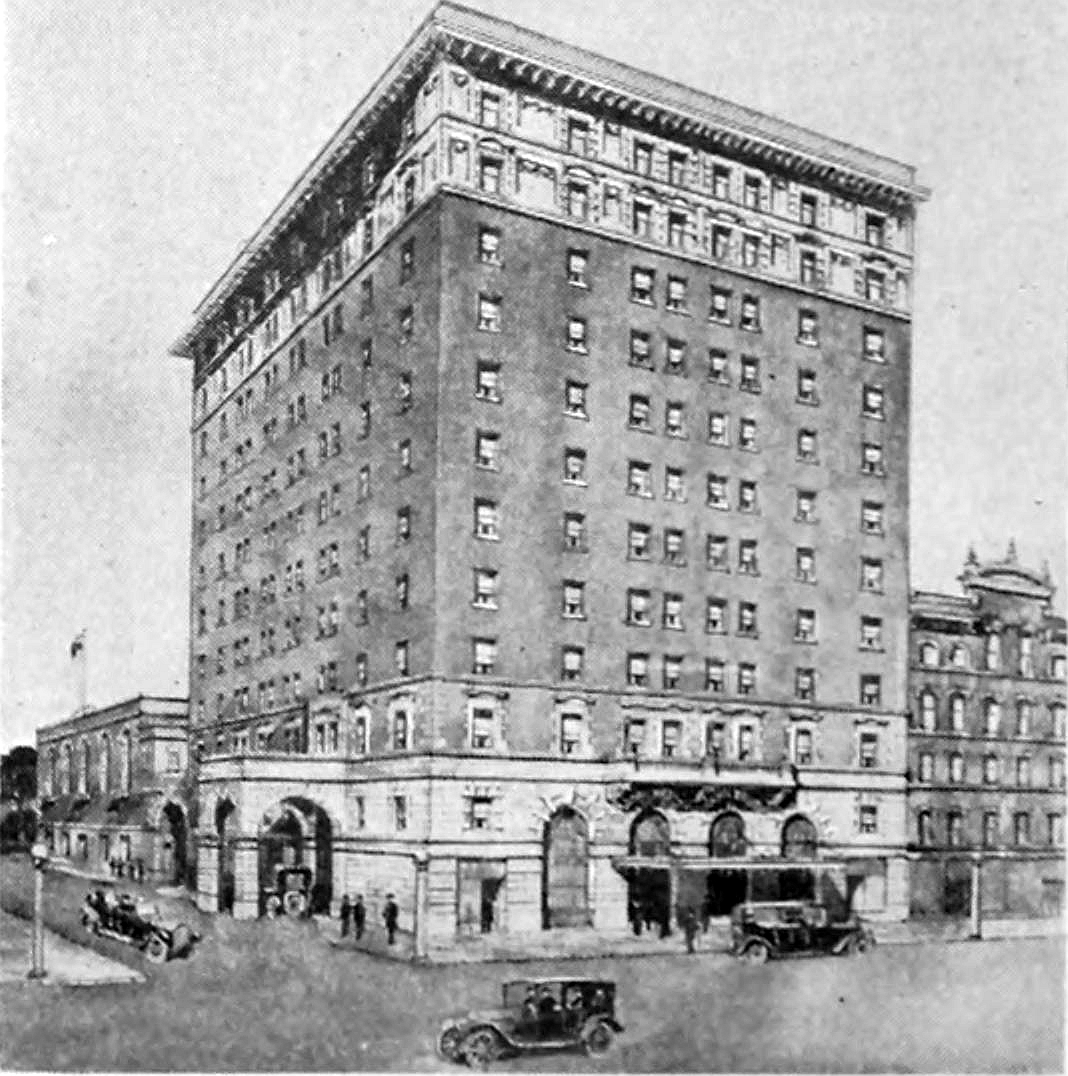 It was held in the ballroom of the Royal Connaught Hotel in downtown Hamilton, a first class hotel. Not only did the hotel have a great reputation — it had hosted visiting members of the British Royal Family and Prime Ministers — it stood out, the tallest building in the city. I was in awe as I entered its doors.

The year was 1952 and we were, of course, dressed to the nines.  Bill was in a business suit, shirt and tie, and I was in my finest.  Bill was a social person, had a great sense of humour and we had a fabulous time as he introduced me to many of his classmates and we talked with them, about the teams in the league and the Riders. We had drinks and a fantastic lunch before going to the game. I felt like a Princess on the arm of my handsome B-I-L, Bill.

From that very first kickoff, I was bitten by the football bug. Even though the Riders lost that game, I could hardly wait to get back to Saskatchewan and see a home game in Regina. 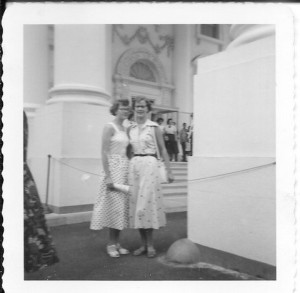 Maureen and Marjorie in Washington, D.C.

Four years later, I moved to the Queen City to work, and together with another one of my sisters, Marjorie, we bought season tickets so we could be there in Taylor Field, watching games the entire season.  Our seats were on the east side of the stadium and in those days the games were played at either noon or 2:00 pm. There was no such thing as sunblock and although ladies usually went out with hats on, most of the fans on the east side of the stadium came home with sunburn on a sunny day.

Which game day usually was Saturday or Sunday.

In The Riders, Part II, I’ll tell you about the adventure on the Rider Train in 1956 that went from Regina to Edmonton for a playoff game against the Eskimos, and what happened between cars that ended up changing my life.