We had breakfast and said our goodbyes to Mike, Ruth’s Brother and with our carry-on suitcases in the already loaded car, we were off. 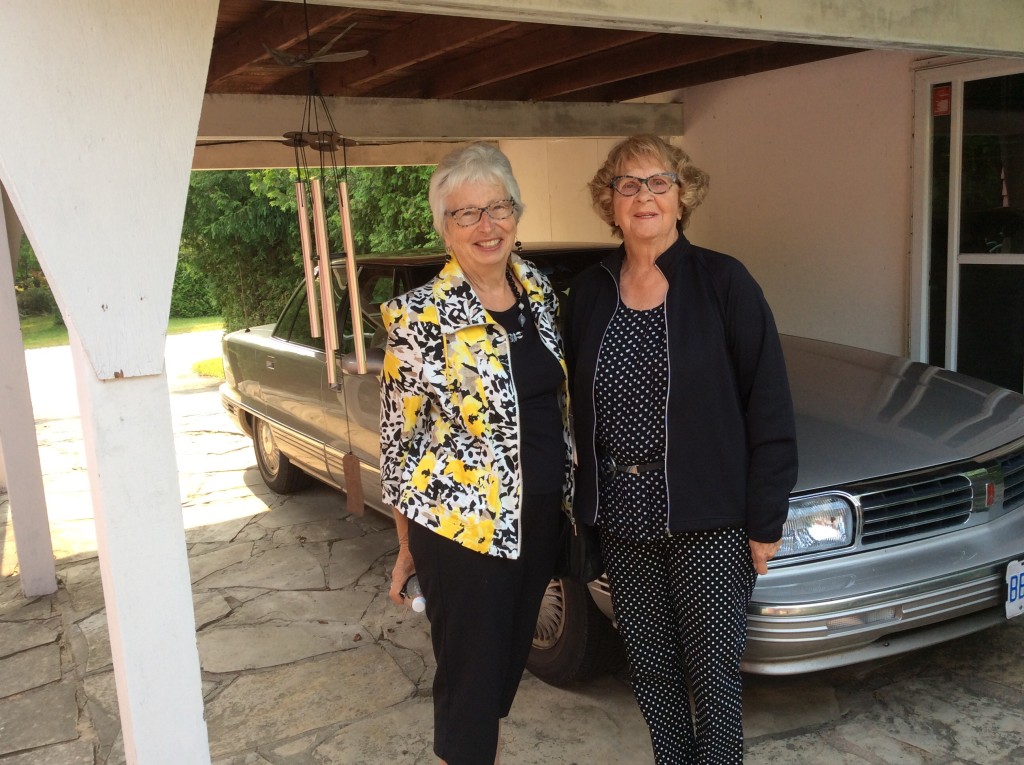 We were headed south east to Stratford, Ontario. It’s a zig zag to get there from Sauble Beach, and zig zagging we did as there is no direct route.  I thought Suzy, my GPS lady, was going to lose her voice –she had to say turn here and turn there SO MANY TIMES!

We had made salmon sandwiches before leaving, and after a stop at a Tim Hortons for coffee, we found a picnic table in the park for lunch.  The Avon river flows nearby and we watched the swans and mallard ducks swim by.

We noticed that artists had displays set up in the park so we had a look at the talent.  One photograph was fabulous.  It was of a flax field in bloom and across the road was a canola field in bloom too.  How beautiful! Was this taken in southern Manitoba? The artist said they have enlarged this photo to seven feet long and have it on display in their bedroom. 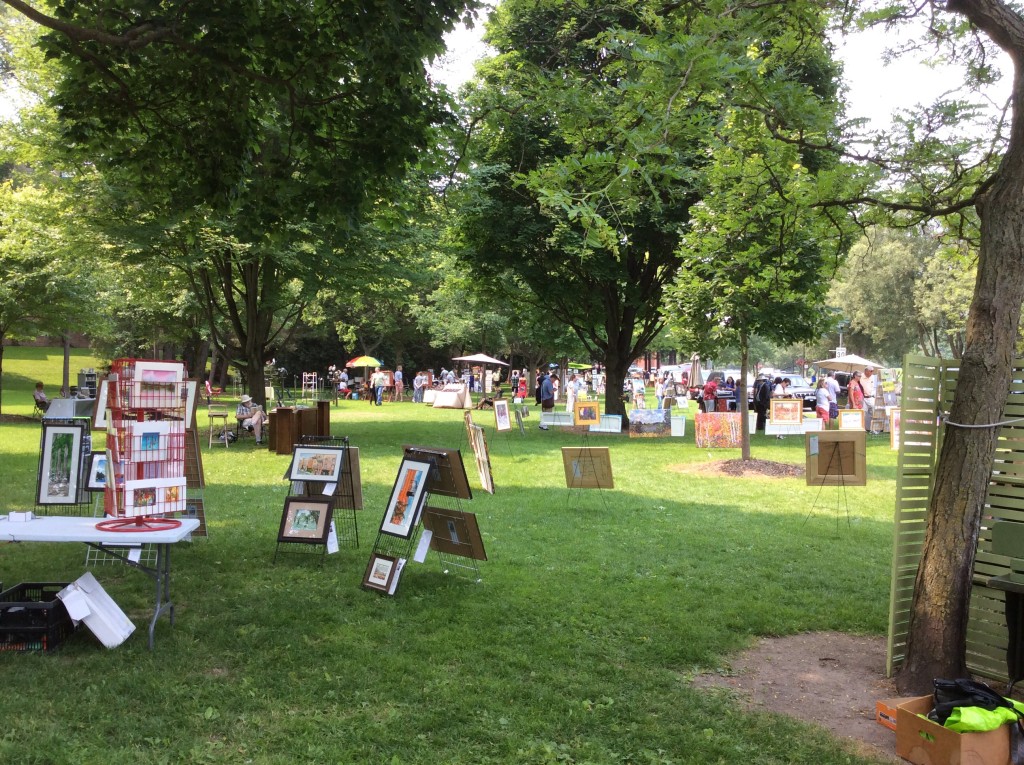 Artists with their paintings on display at the park in Stratford.

Then we were off to the Avon Theater to watch the performance of Carousel.  “Fantastic”, “Superb”, “Extraordinary” do not come close to describing how special this was.  The singing and dancing was awesome.  Most of the Rogers and Hammerstein songs I could sing along with, but I did not sing out loud.  The story has a twist to it that keeps you in suspense for the ending.  The female dancers were definitely ballet-trained and the choreography, with 15-20 dancers on the stage all dancing at the same time, was excellent.  >> I was really impressed with a ten minute performance of seven male dancers in one segment. 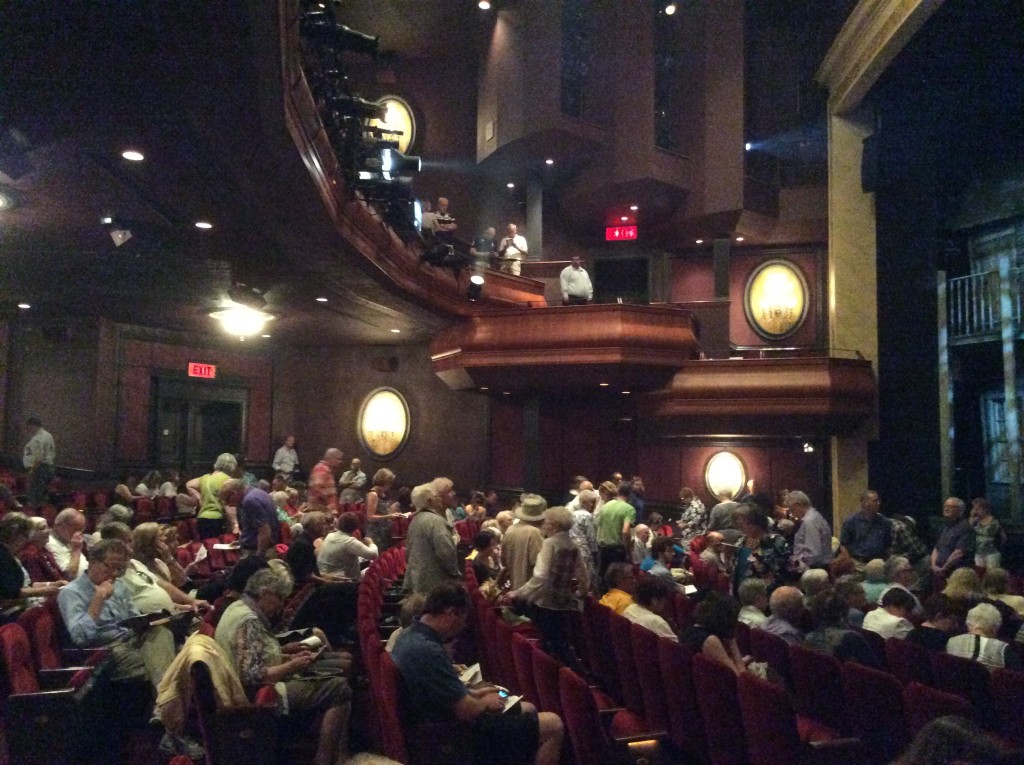 The Avon Theater audience. It was originally a movie theatre

A friend of Ruth’s, Helen Thompson, met us for the matinee and we were invited to stay with her overnight at her home in Woodstock.  What a beautiful setting. Her home is snuggled in among the trees with a lovely backyard off the sun porch.  We sat down to Happy Hour in the porch till around seven, when we sat down to a delicious dinner of rice, curried chicken, asparagus and apple crisp!  We had a good night’s sleep and now we are off to Guelph.