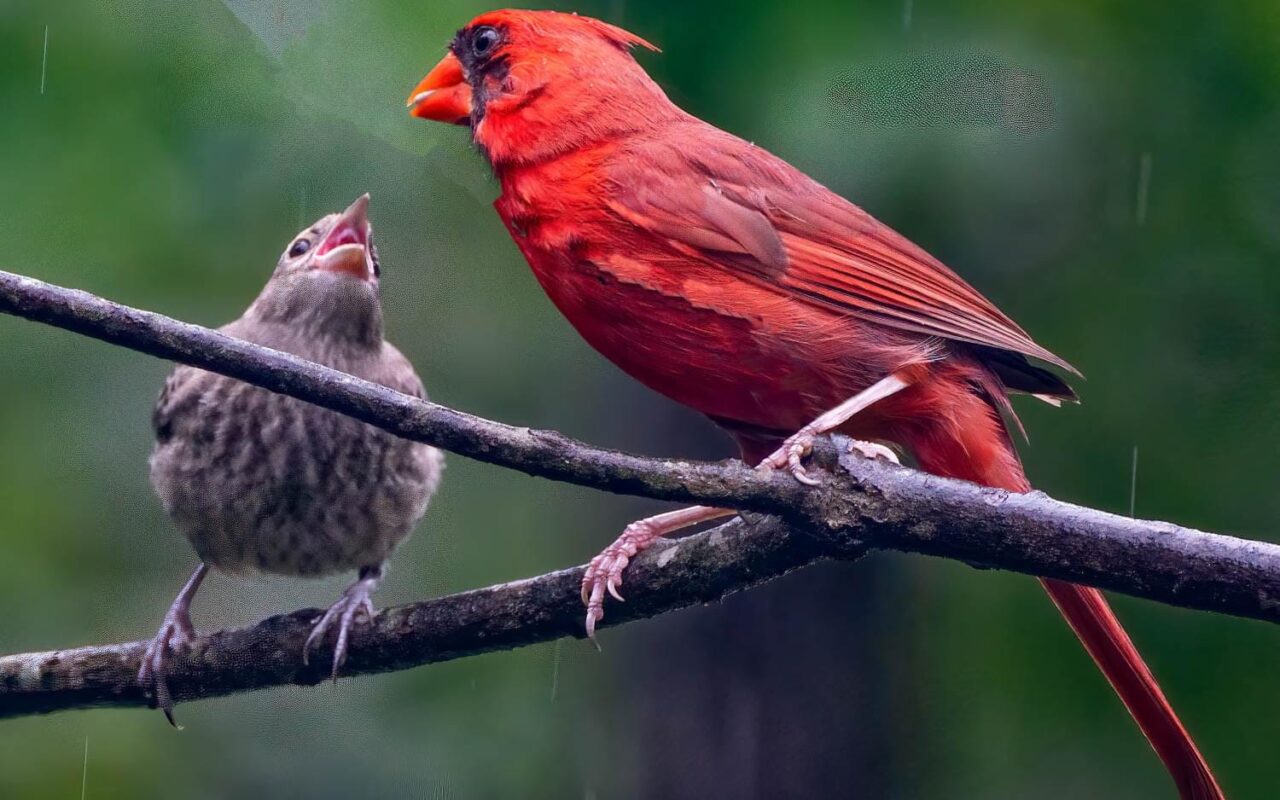 I remember when I was a kid that my Dad didn’t like the Cowbirds that hung around our farm yard. I had no idea why and I never asked him. However just the other day my friend Marge Rosenthal posted a beautiful picture of a Cardinal feeding a baby Cowbird. What was going on? Now I had to find out about Cowbirds! Marge’s photo is my featured image.

Why are they called Cowbirds?

Cowbirds earned their common name from the habit of following herds of buffalo (and cattle) in search of the insect prey that were flushed up by the large grazing mammals. Plumage of the male brown-headed cowbird is mostly glossy black with a contrasting dark brown head, females are dull grayish brown.

Do they kill other birds?

They are known to parasitize more than 140 species of birds, Cornell Lab reports. Common targets are the nests of chipping sparrows, red-winged blackbirds, song sparrows, and yellow warblers.

Cowbirds are brood parasites, which means females lay their eggs in the nests of other birds and let the other mother bird do all of the rearing. The cowbird will wait for a resident bird to leave her nest and then will usually damage or remove one or more eggs and replace that one or more eggs with her own. When the egg hatches the birds of the nest will bring the chick up as though it was their own.

Just imagine how this expands with 30:eggs a month being brought up by “Foster Parents? No work and lots of Cowbird chicks!

Those Cowbirds may lay eggs in a nest and when they get hungry they will eat their own eggs. YUK.

I can see why my Dad didn’t like Cowbirds and I have learned something new this week.

NOW I KNOW ABOUT COWBIRDS