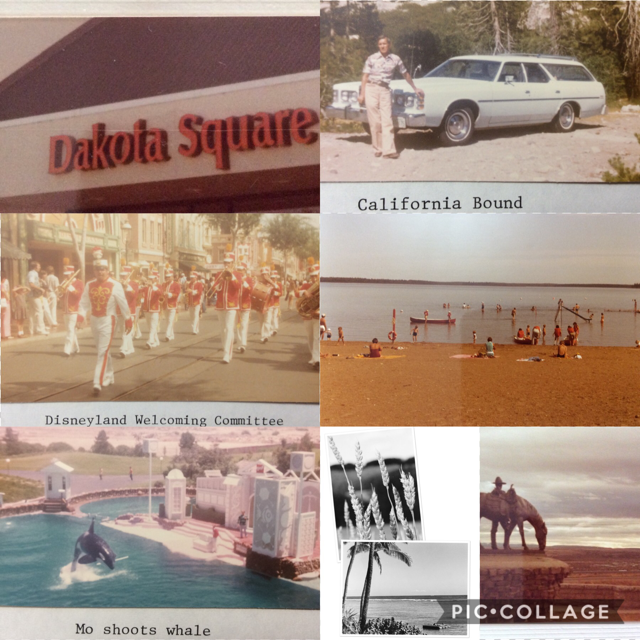 Doc and I both loved to travel.  Doc loved to get in a car and drive. Anywhere. When he was young his Mom and Dad would take him on trips to North Dakota and Wisconsin to visit Bridgetta’s friends from her teaching days. It was natural for Bridgetta to shop in the USA having grown up there.  And the proof was in the towels and sheets from J.C. Penny’s in the house when we married.  Of course for a Doctor you are always on call if you don’t leave town!

We would save up a few hundred dollars and go to Minot, ND or Billings, MT just for a long weekend. For me a shopping gene soon developed.

We got a phone call from my brother Gordon on a cold January Thursday in 1983 asking us if we could take the next week off work.  He said a radio station in Saskatoon was advertising an all-inclusive trip to Mazatlan for one week leaving Saturday. And there were still lots of seats available. Could we join him and Margaret?  We said sure. We packed out bags and were at their farm that evening. Off to Saskatoon the next day and on Saturday we were headed for Mexico.

It was a lot of fun on the direct flight from Saskatoon. There were only 23 of us on the flight and the crew had put enough booze for a full plane so they let us (the passengers) win bottles by answering trivia questions. 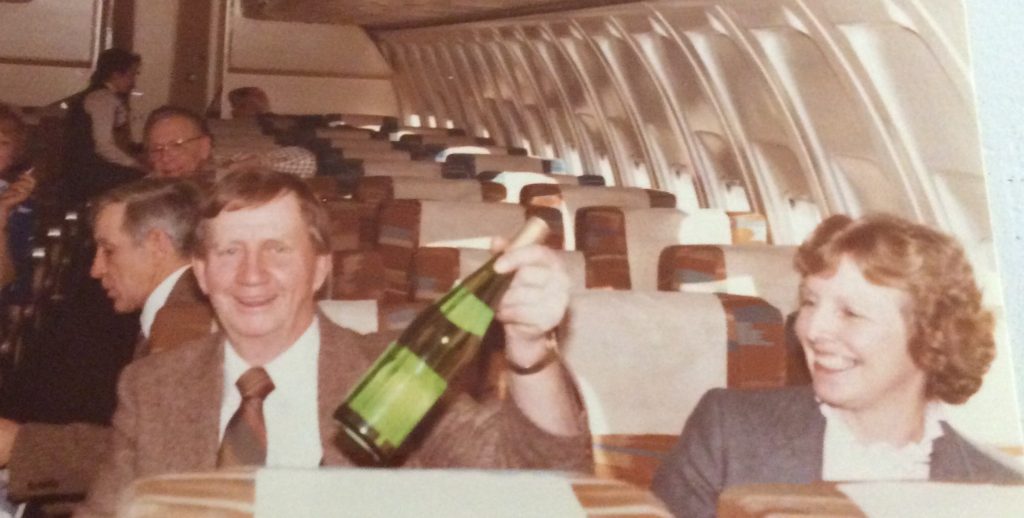 Doc and Gordon won a couple of bottles each and I won one. The questions were all airplane related and I cannot remember which questions Doc answered right but mine was “how many seconds does it take to flush the toilet on the plane?” My answer was “four seconds.” I do have a habit of counting. Not a great week for me as the “revenge” was active Monday till Friday.

October 26, 1984, the kids held a 25th Wedding Anniversary party for Doc and me. They invited a large group of people to this party and asked them to not bring any flowers, presents, food or drink. There must have been more than 50 people that responded to the invitation and came to our home. A good time was held by all!

Adele Obrigewitch, Doc and I went to Phoenix, Arizona in February 1985. We had a super time. Adele and I golfed several games and we really enjoyed the warm weather. We went dancing at a Country and Western BBQ dance hall with Dave and Daisy Junor. Adele and I golfed nine holes with a guy that was almost totally blind. We had never played with anyone blind before and were truly amazed at how he was an awesome golfer. He would ask where the pin was on the green: front, back, left, right, middle, etc. Then he would put his approach shot tight to the pin. 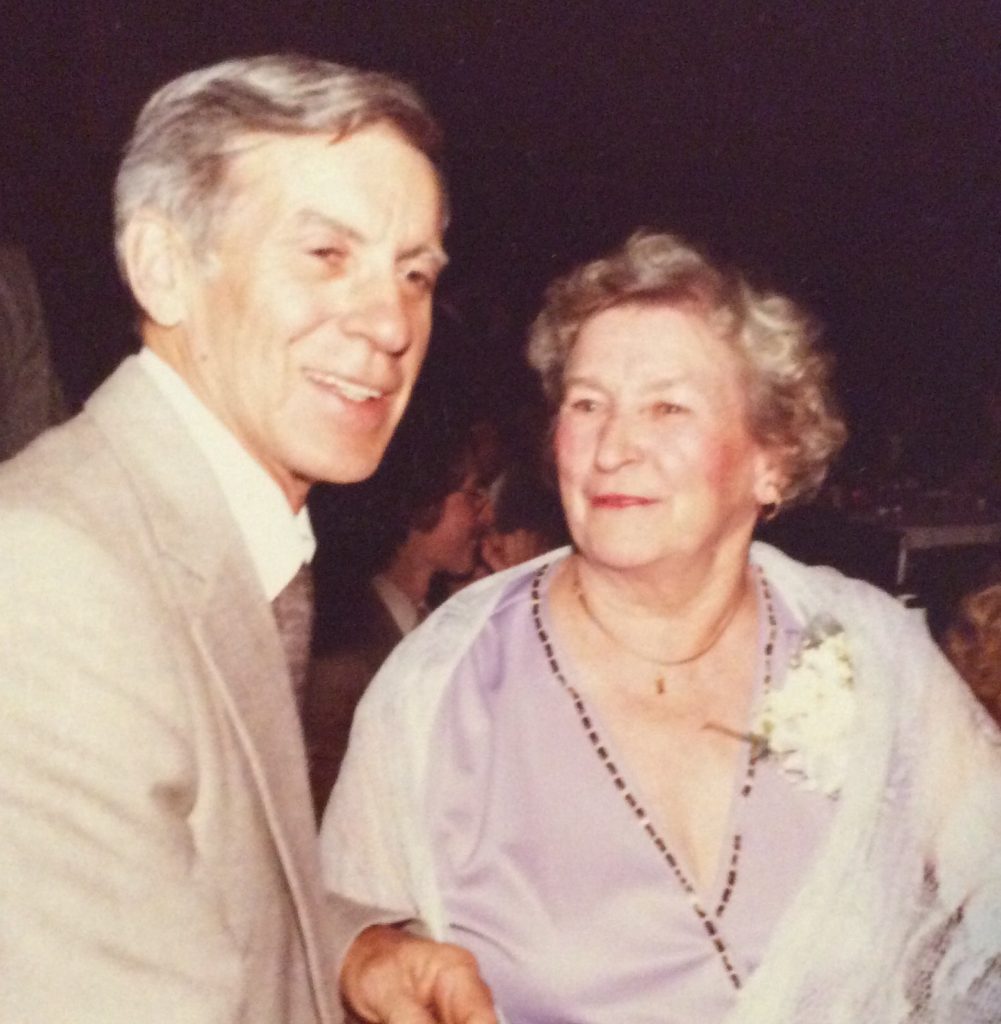 Doc with Pat Way’s Mom at a Way wedding

Over the years we attended many a “Way” wedding in Calgary. 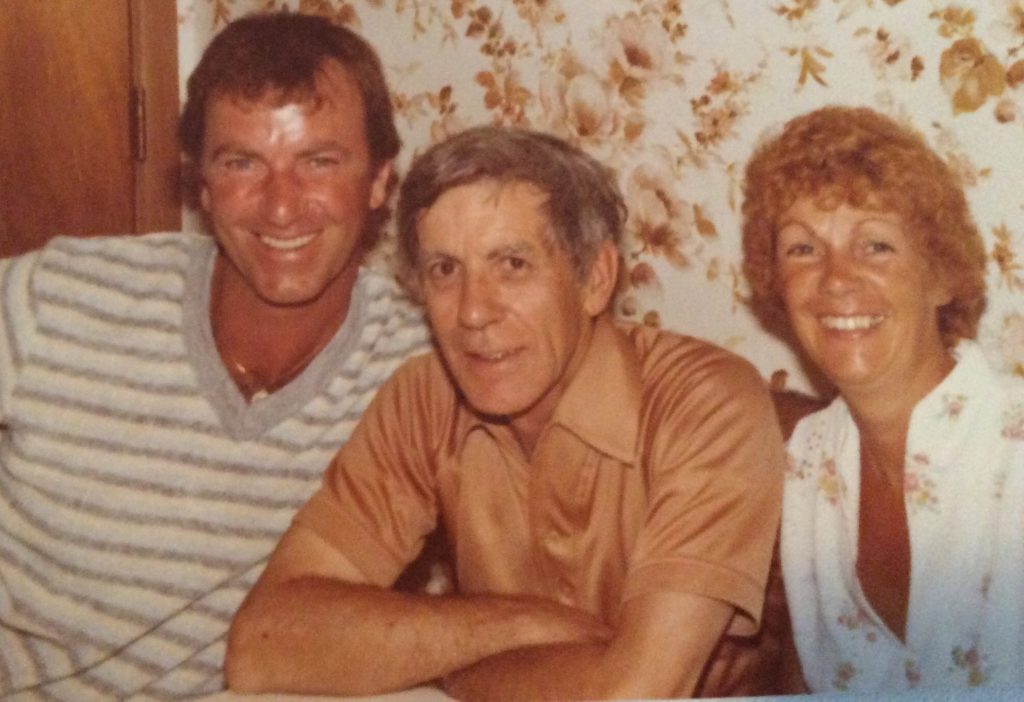 Doc with Len and Ann Maloney

We met many a Maloney in Moose Jaw at their family reunion.

My 28 years with Doc Part Seven is next…