There is just nothing like the feeling you can get when you find a bargain — or when price comparisons lead to saving a big chunk of the green stuff. I’m a very curious person by nature, and I’d say my Internet researching skills are pretty good. In fact, these skills have let me cash in with some great financial rewards before, but they pale in comparison to what happened this week. 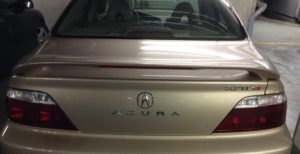 My car is a 2002 Acura 3.2 TL-S. The “S” refers to “Sport” and this car’s SportShift Mode allows you to shift up and down manually as well as driving it automatically — how cool is that???  We call it The Jet Car and, despite its age, it’s a lot of fun to drive. And it can go, rather like a jet.

Some time ago, I noticed that The Jet Car started making a shuddering noise. This seemed to happen when I’d be accelerating at slow speeds and only between 30-40 KPH. As soon as I reached 40 KPH, it would stop.  It happened more often when I was going uphill than when I was on the flat.

As is so often the case with cars, when I took it in for its last service, I asked the mechanic to take it for a drive to see if the source of the shuddering could be found. Of course, it didn’t happen for him.

About three weeks ago I started searching on Google for a solution to this problem.  I spent hours trying to get advice regarding the problem.  Two of the suggestions were to replace the ECU (Engine Control Unit) or TCM (Transmission Control Module).

I traded cars with my son, Murray, so he could drive my car and perhaps it would make this shuddering noise and he would be able to find the source of the problem.  Murray, is an extremely talented mechanic and last weekend, he changed the transmission fluid. That fluid change was long overdue: it hadn’t been changed since it left the factory — and in the back of my mind, that fluid change just might stop the shuddering. Of course, the car never made that noise for my son before the fluid was changed, but he said he thought it had done it once on his way to return the car to me.

The next afternoon, I drove to the grocery store and there it was, once again.

After I got home, I couldn’t get the shuddering problem out of my head. I decided that Google would be my friend, helping me troubleshoot the problem. This must have, I reasoned, been something that’s happened to someone else, somewhere, I reasoned. Turns out, I was right.

I put in my search entry

I found a couple of videos onHondas and Acuras. I clicked on How To Reset The ECU Honda and Acura Factory Tutorial and watched the video.  The other video I watched on the page called Acura Transmission Shudder Fix.

Turns out, both these videos were important in diagnosing the problem with my car. One video showed the exact problem my car was experiencing right down to the speed between 30-35 kph when it would occur.

The other was to reset the computer in my car.

By following to the instructions, I would reset the ECU (Engine Control Unit) to original factory configuration and would also clean up the glitch in the computer settings.

I could not believe my ears.

I played it again just to make sure of the instructions.

Since it was after dark, I wasn’t about to try it out until the follow morning and let me tell you, I could hardly sleep I was so anxious for morning to come, 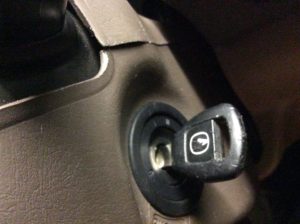 The next morning, armed with my iPad and my Google search results, to the car I went. I carefully followed the instructions, made the reset and off for a test drive I went.

I drove it along a stretch of road this had always happened to me in the past, and guess what?

NO SHUDDERING!  The Jet Car is just smoothly accelerating now, just like it used to in its younger days.

After I reset my Acura I checked on the Internet as to the cost of  the ECU and it was almost $1,000.  I am so happy I don’t have to get it replaced.

As it seems like the one in my car is working just fine, thank-you very much!