The first time I stepped foot (wearing golf shoes) on the Sky Mountain Golf Course, it was a mix of really poor planning and incredible good luck. 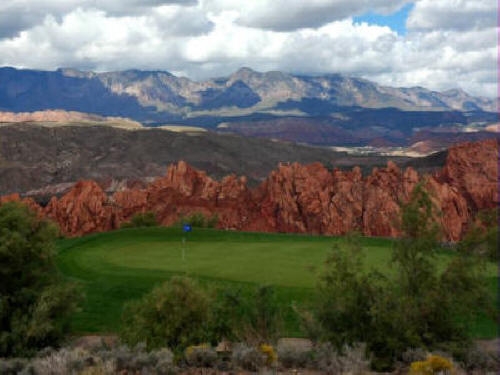 My partner and I, both Canadians, both living in Calgary, decided to go “south” on a road trip for the entire month of March. We didn’t really have a destination in mind, after all, we were free, over 21 (I was 64 at the time) and we had spending money for accommodations, green fees, gas, food and more. We ended up in St. George in southwestern Utah – with cobalt blue skies and warm weather – right at the start of spring break, 1999.

Now since I didn’t have any kids who went to college in the States, and I was never a fan of National Lampoon movies, I had no idea what “spring break” was all about. For the tens of thousands of kids at university in Salt Lake City, Idaho Falls – even Denver, St. George, in the hot, dry desert, was on their vacation destination list.

We arrived in St. George without a reservation for the night and there were kids and traffic everywhere, Tired and desperate, finding “NO Vacancy” signs everywhere, we eventually found a place to stay for the night in a run down motel on the wrong side of town.

I slept in my clothes.

I don’t remember the name of the motel we stayed at that night, but I know it’s been long since demolished and a demolition was long overdue the night we stayed as guests. Anyway, those were days before Golf Now or Trivago and I got on the phone to make some calls. The only place I could find a room for the next night was 20 miles away, in Hurricane, Utah. They had a stay-and-play offer on a public, 18-hole golf course that I’d never heard of called Sky Mountain. We took them up on the offer: at least we had a place to stay the next night, and a place to golf the next day.

We followed the directions to the Sky Mountain Golf Course and parked our car in the parking lot. We had no idea what kind of course we’d be playing, and there was this odd pedestrian tunnel we had to take to get to the pro shop. As we left the tunnel into the bright daylight, the view was absolutely spectacular. There was the green, green, green of the fairways set against a backdrop of desert and red rocks. I think I fell in love Sky Mountain right there and then.

The Head Pro at that time was Curtis Peterson. He was the most “welcoming” golf pro I had ever met. His first words, as we walked in the door were, “Hi, how are you? How is your day going?” and the whole staff were so sincere they set the tone for the entire club.

I remember being on the practice green one day, and Curtis came on the intercom:

“Mrs. O’Shea! How much money are you going to win today? With putts like that, I don’t think anyone out there is going to have a chance!”

After just a few rounds at this course, the staff started to treat me like family. Many, many times when I arrived at the club, Curtis would ask if we would like to be first ones out: he knew I played fast and would set the pace for the day. He later told me that he could always pair other golfers with us – even those that had never played the course before, even very low handicappers.  He knew I would be helpful for those not knowing the hazards. (There are definitely some surprises in some of those desert canyon holes). 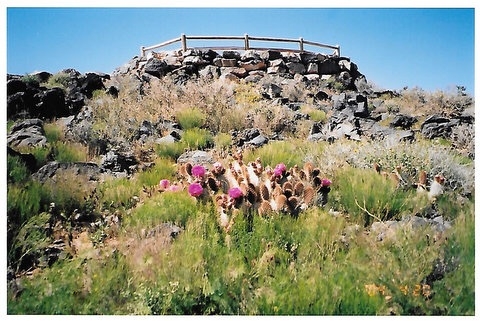 Times have changed and the PGA Professional there is now Kent Abegglen and I must say he tops my list of “greatest pro’s”. When I walk in the door now it is not just a “Hello!” but I get a big hug to welcome me.

The the one constant staff member through the years has been Dick who is in charge of the electric golf cars. Not only does he make sure the cars’ batteries are charged, but he keeps them mechanically sound.  I was #1 in his books and, in fact, he kept a special car for me whenever I played the course.  He checked the tee time sheet first thing in the morning and if he saw I would be playing, golf car #16 was waiting for me.  (It was just inside the storage level- clean as clean could be).

And I would be remiss if I did not mention the wonderful work that the Superintendent, Jeff Betaeg, has done over the years. Jeff and his crew have gone the extra mile to always make sure Sky Mountain is in the best condition of all the courses in the area. Jeff has never been afraid to experiment and has developed his own timelines, like when he aerates the greens. 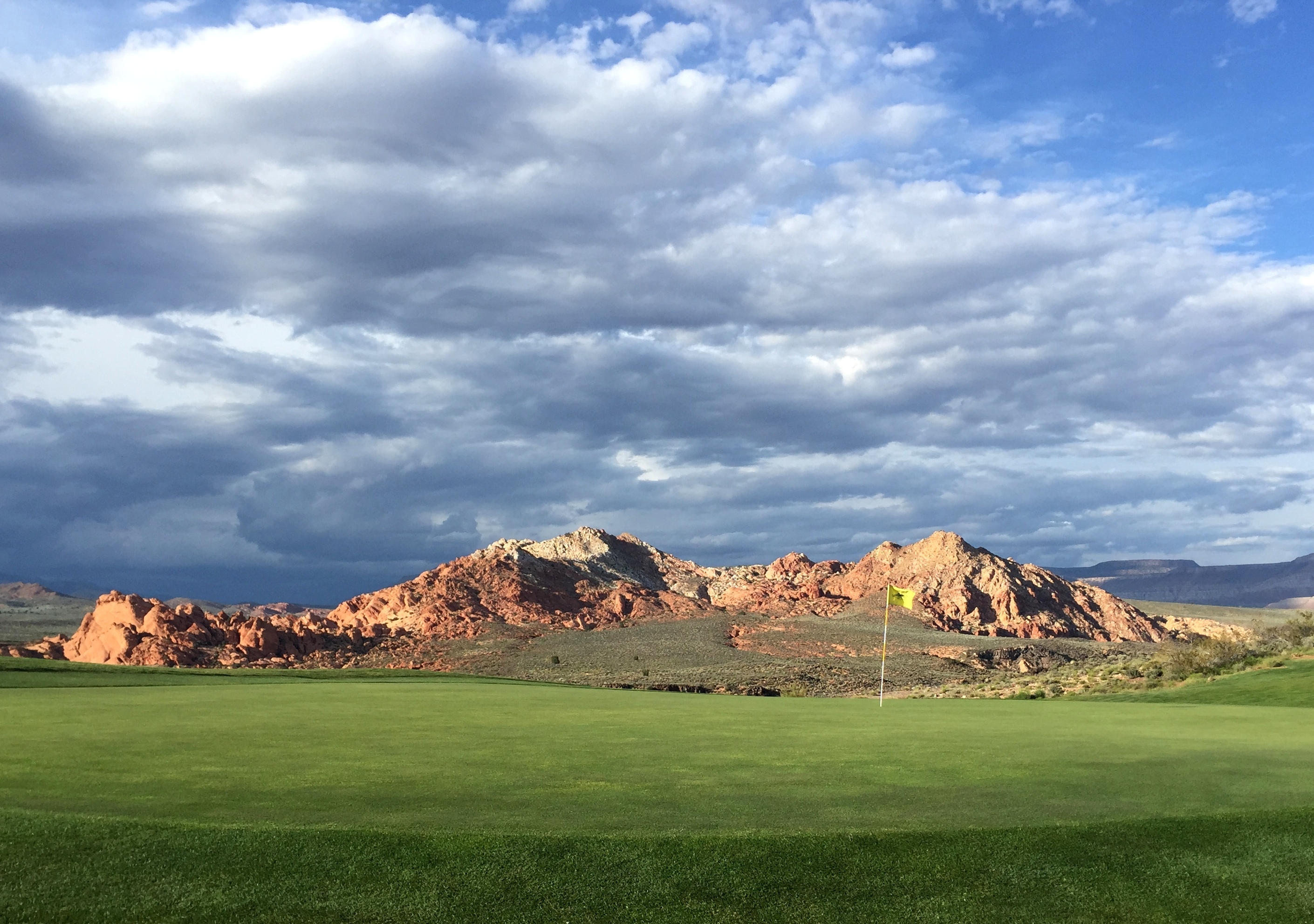 Sky Mountain Golf Course is owned and operated by the City of Hurricane and was designed by golf course architect, Jeff Hardin. Hardin has a good selection of golf courses under his belt, including the Hilton El Conquistador in Tucson, AZ and the Los Prados in Las Vegas, NV.