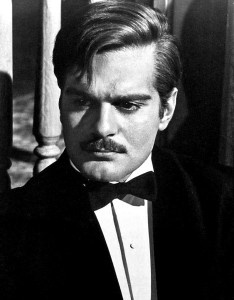 I didn’t realize that Omar Sharif wasn’t all that much older than me. He was 83. Sometimes with men, and especially famous, good looking men, as Sharif was, age is frozen in time. For me, when I think of him, I see him in his starring role as Dr. Zhivago, although my relationship with him was more than just me being an admirer of his on the silver screen: I was an avid follower of his bridge strategies too.

As for Dr. Zhivago, a story of love and tragedy, the first time I saw it was with my husband, Doc, at a drive-in theatre, in Regina, Saskatchewan. Our oldest child was 5 years old, and although I was pregnant with what would be our second daughter, we were still recovering from the loss of a baby boy who had been born hydrocephalic two years before.

Doc had been in a car accident and broke his back. As a result, he spent a year in the hospital fighting to recover with doctors convinced he never would. He came out of the hospital partially paralyzed, but with canes, and braces on his legs, he was able to walk again. I couldn’t imagine life without him, this dashing, handsome, dark-haired, brown-eyed man, so we married, with the hope that we would have more time together than just a year, or two. 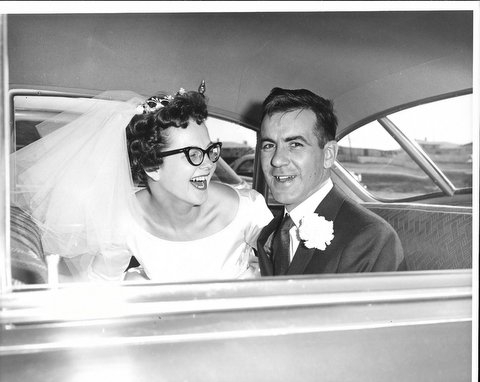 As it turns out, we did. 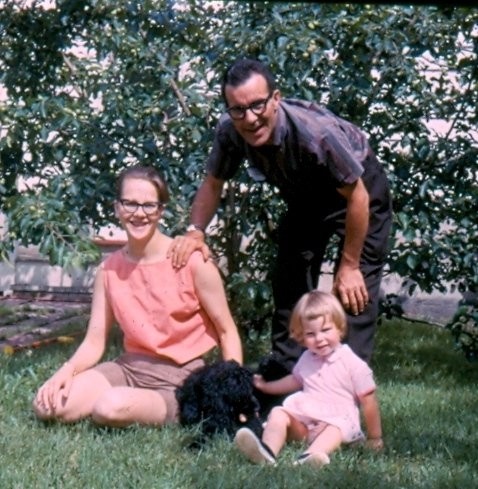 A year after we were married, our first child, a healthy girl, was born. And a year and a half after she was born, I was pregnant again.

The joy we had of the pregnancy, and the birth of a boy, quickly turned to fear and, soon enough, despair. Joey underwent a series of operations to try to relieve pressure on his brain from the excess water, and with each operation, my husband, feeling distraught, thinking that his car accident and his disability may have had something to do with his baby boy’s fate, became depressed. I needed to be strong and so I was. Joey died two months later. Doc could barely talk about it.

In October, 1965, I became pregnant for the third time. At the end of that year, Dr. Zhivago was released, but didn’t make its way to where we were living in Regina, Saskatchewan, until the start of the summer of 1966. That’s when we went to see it, with our daughter in the back seat, the speaker hanging on the window of the 1965 Dodge that we’d bought and driven back from Ontario the summer before – one of our first great road trips together. 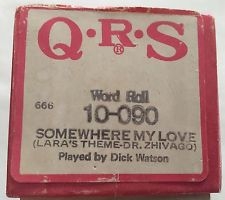 We watched the movie, an adaptation of the book by Russian novelist Boris Pasternak, sitting close together on that bench seat, his arm around my shoulders, holding me close. We loved it, and both loved the music and “Lara’s Theme”. Doc and I bought a player piano for $175 three weeks before our wedding. It came with dozens of rolls – enough to start a sing-along and keep it going all night – which we often did – with songs like “Alexander’s Rag Time Band” and “Swanee River”. But we loved Lara’s Theme and a year or two later, on another road trip to the USA for a family vacation, we stopped somewhere and found a store that carried player piano rolls, and found the QRS edition of Somewhere My Love. Not only would the player piano magically play the song when you pumped the air, as the roll would unwind, with the keyed information being read by the player, determining which notes would be played, the words to the song would appear as it unrolled, so people gathered near to read and sing the lyrics.

Thinking about it now, I know all the words to the song, and am amazed that a song that has so few words – a total of five short stanzas, can bring to the surface so many emotions: hope, love, and loss.

Doc’s now been gone from me now for nearly 28 years, and, like Sharif, dead because of a heart attack.

Someday, we’ll meet again, my love
Someday, whenever the spring breaks through

Till then, my dear
Think of me now and then
Godspeed my love
Till you are mine again

Sharif loved playing bridge,the card game, and his commentaries and strategies were syndicated with newspapers. It was great fun to follow him, and a great sales opportunity for newspapers with readers who liked to play bridge because a hand would start on Monday and end with Saturday’s paper, and to follow it properly, you’d need to read the paper each day. His column was conveniently placed in the classified section of the paper, next to, or facing, the crossword puzzle, where the clue to 5. Across would often be Pasternak hero (OMAR) or Pasternak heroine (LARA).