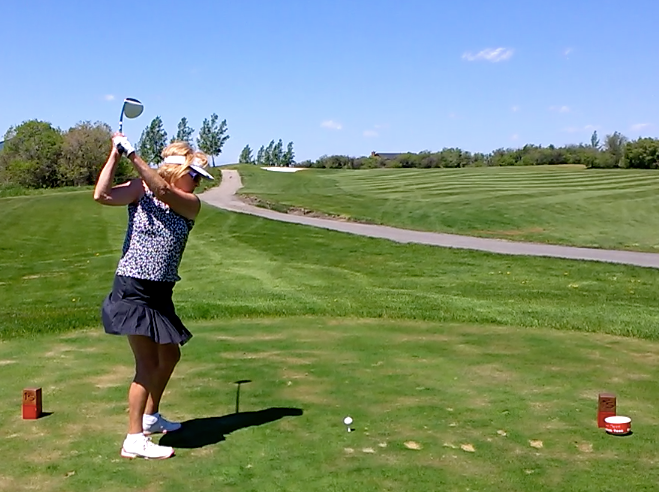 Yes, the road trip is over, but in case you thought I had stopped writing, I just want you to know I’m not about to!

Today I am going start talking about keeping fit as you age. Before I begin, though, I want you to know that I am not a fitness expert, I’ve never studied fitness and I am certainly not a commercial enterprise that teaches fitness.  I don’t want to tell you what you should do – you might have to talk to your doctor first – but I want to expand on what I have done over the years to be in the shape I’m in now.  I feel I need to talk about this because I’ve seen too many people who seem to have given up, and I’d like to encourage people to get out of that rut and become active seniors.

If you’d like to read a good article on this subject, read Gretchen Reynolds’ blog in the New York Times entitled, How Exercise Keeps Us Young.

I’m 80-and-a-half and you can’t imagine how often people tell me they can’t believe that I’m as old as that. That makes me feel good, but just like having a good relationship with your spouse, looking good and feeling good is something you have to work at.

It’s not that I don’t have issues of my own which could have let me give up and spend my days in front of the television – or playing Scrabble on my iPad. I have problems with my eyes (glaucoma). I wear hearing aids. I suffer from Plantars fasciitis on one of my heels, and last year I broke an ankle with a bizarre fall in my kitchen where my foot got caught under the refrigerator door.

And even though I have my problems, I like to be active. I like to fit into my clothes. I work on my posture and like to be as tall as I can be. I like to be tired at the end of my day, and looking forward to the day ahead when I wake up.

I feel I need to talk now about this because it seems to me that many people reach a certain point in their life where they seem to have given up. The words “active” and “senior” just don’t seem to fit in the same sentence. They have this idea in their heads that being a senior means having a sedentary lifestyle. On the outside, they may seem content to be an inactive senior, but deep down inside, they hate it. They’ve got aches and pains because they don’t move enough. They don’t fit into their clothes, or their dress size has only gone up. Their “to-do” list has shrunk, and if you look at the list they have, being an active senior is just not on their list.

Why So Many Inactive Seniors?

So why are there so many inactive seniors?

Being “retired”, by definition, means no longer being “active” and maybe that’s where the problem begins. I think that too many seniors take that idea of being retired to heart. As you continue to age, though, it gets harder and harder to slow down the hands of time, especially if you’re embracing a couch potato lifestyle. It could be because you’ve put on some extra pounds over the years and having that extra bulk is stopping you from getting off the couch. Your energy is drained. You think the effort you will need for being active is going to be too hard. Perhaps you’re just plain scared – scared of falling and getting hurt, or a myriad of other health reasons (or excuses) that keep your activity level so low.

Others suffer from the “too busy” syndrome. They think they’re too busy for fitness, they’re so busy doing other things that they just don’t have time for a little fitness for themselves. Some seniors – women especially – think that doing the housework and preparing meals means being active, but that’s not right. By adding some exercise into their lives, not only will they have more energy, but they’ll strengthen their core, making their everyday jobs like picking up the bag of flour from the grocery shelf and putting it into the shopping cart – that much easier.

The other thing I see – especially on the golf course – is there aren’t a lot of senior women out there golfing. It seems to me that the men of my generation tended to keep more active than their wives as the kids were growing up. They often coached soccer, baseball or hockey or even played sports like hockey, badminton, squash and tennis on a regular basis, where the women didn’t. I was a great example of that: I didn’t start golfing on a regular basis until I was in my 50’s, and I wish I’d started earlier.

Look good and feel good is my motto and if you want to try adopting it as your motto too, I’d be really happy you did. You can do that by becoming an “active senior” and in my next post, I’ll talk about the things I do to keep active that you might want to think about adding to your daily life.

It’s time to get off the couch and get active!