Shortly after 6:30 a.m., the phone rang in our hotel room at the Holiday Inn Express in Regina, Saskatchewan. Since there were two phones in the room, and curious as to who would be phoning us, both Ruth and I picked up.

It was my oldest daughter, Colleen, who’d been up for the past couple of hours, getting my last blog about getting to Regina and golfing at Tor Hill and seeing Scott Knapp again published and Tweeted out – or whatever else she does with it! She told us that she had got a tweet back from someone from CBC Radio in Regina from their morning show who saw the blog, thought it was very cool and wanted to know if she could ask me some questions about the it and our road trip.

Ruth said, “Your mom talks to everyone. I’m sure she’ll talk to CBC Radio!”

I didn’t understand all of what she was saying at first, then realized I didn’t have my hearing aids in. So I put them in, agreed to the call (we were up and raring to go anyways, waiting for the breakfast room to open at 7:00 a.m. so we could get on the road.) A couple of minutes later, Stefani Langenegger was on the phone and we had a nice chat about the blog, about Ruth and my road trip.

I wouldn’t say it was 15 minutes of fame, closer to five – but it was fun! Colleen phoned me right after the interview and said that she, Guy and their friends the Stutsmans, Art and Jen, who are visiting from St. Louis, all heard the interview and I’d done very well. Of course Colleen had tracked the morning edition down and had it streaming on her computer and they heard the whole thing! Art said he was impressed to hear that I’d had a computer since 1985! Art and Guy used to coach hockey together for the Southern Illinois Ice Hawks, that’s where my grandson Nic first learned to skate.

We left Regina, headed west on Highway #1 with the sun shining this morning right after breakfast. The omelettes weren’t like the WESTERN OMELETTES we’d had at the Hampton Inn, but breakfast was good. 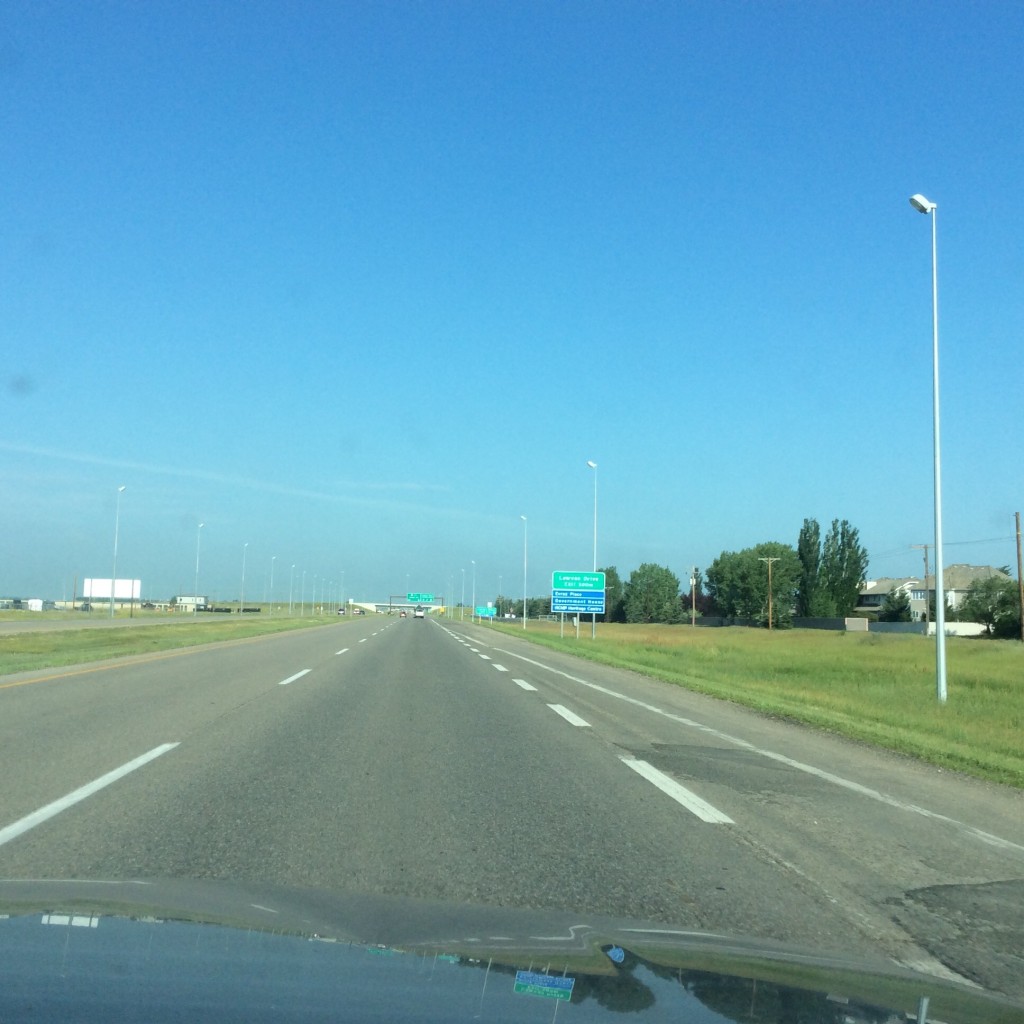 Ruth drove for the first two hours and then I drove to Medicine Hat. As per usual, I have Suzy the GPS Lady find a golf course for us to go to for lunch.  She navigated to the Medicine Hat Golf and Country Club so we drove through the city to find they not only serve the public, but had a tee time available in 30 minutes. 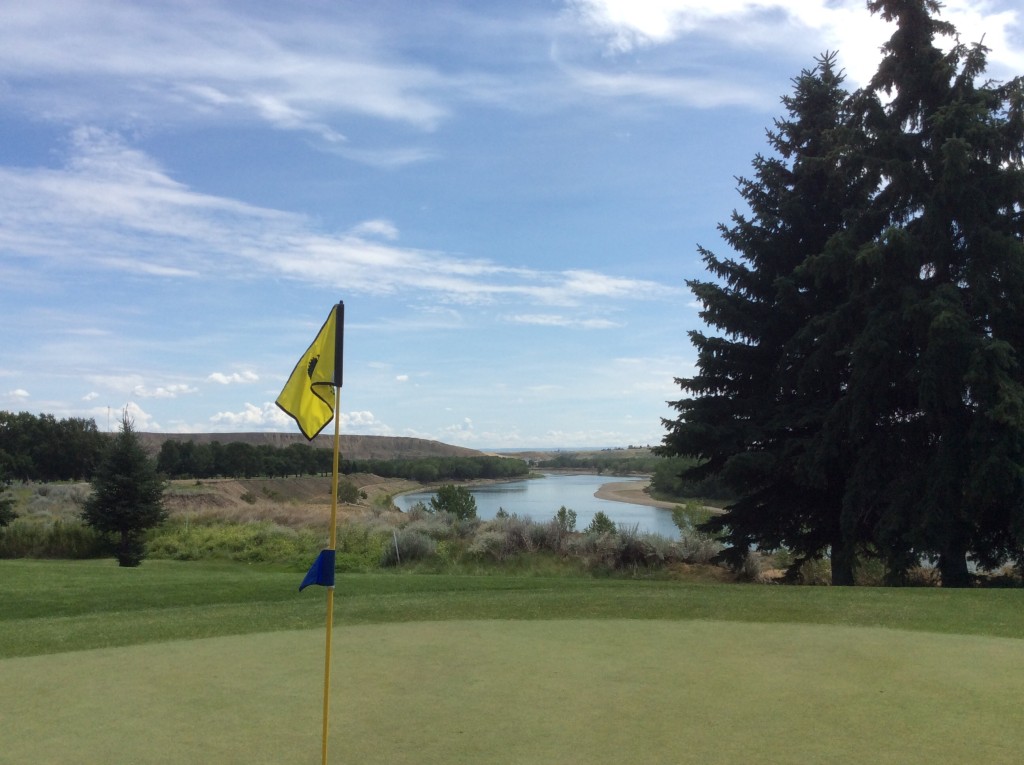 We ordered a sandwich each and soon were on the course.  It is a tree-lined course with rolling, bumpy fairways.  It has been very dry here and it shows on the course.  The back nine was in better condition than the front nine, but we were too tired to finish with the heat and humidity being very high.  I’m not sure if it had rained or it was from the watering, but we were surprised at the high humidity.

Here in Medicine Hat, we’re spending the night at the Prefontaine’s home. Their condo is very beautiful and spacious.  I have the guest room and Ruth has the bedroom rental that is available in the complex for the owners to use. Very cool idea.

We went to the Thai Orchid Room for supper and the food was great.  Ruth had the Yellow Curry and I had the Peanut Curry.  Very Yummy.