I never did ask why Doc had wanted to go to Vancouver to get married when we had planned to do that before he had the car accident. And why in July 1959 we along with Bob and Elvira Galloway went to Vancouver. I think now that George Morrison was the father figure that Doc didn’t have with his Dad. Perhaps George was interested in all things mechanical: cars, trucks, trains, airplanes, tractors,combines, etc. the same things Doc was interested in!

When his parents discovered that BC life was not to their liking, they returned to Saskatchewan and bought a house in Wilcox. Joe was able to still practice medicine when needed in the area and Doc enrolled at

Doc was not very interested in studying. He was of course living at home and missed out on the camaraderie of the other students living in the dormitories. As we already know he loved cars and his Dad and Mom always had a new car. When Fr. Murray “Pere” was in need of a ride (he never owned a car) Doc was more than willing to drive him anywhere and everywhere,

I’m sure back then Doc hung around George Morrison’s Imperial Oil Bulk station until George had him doing fuel deliveries. Also Wilcox was known to have large farms and I’m sure there was competition among the farmers when it came to buying the biggest and best farm machinery. Instead of studying Doc was picking the brains of the farmers who had the latest tractors, combines, etc. Most of these farmers were well established in their 50’s.

Doc’s Dad, Joe, certainly wasn’t interested in the same things as Doc. Perhaps that’s why Doc hung out with these older farmers. He must have spent a lot of time with Len Humbert (remember the well on the farm with the rectangular cups on a continuous chain that carried the water when you pumped) and George Nelson as he admired their mechanical expertise and farming skills. Then there were the farmers his age as in Bill Theaker, John Weisshaar, Gary and Johnny Allen and Wayne Gehm that he was spending time with as well. 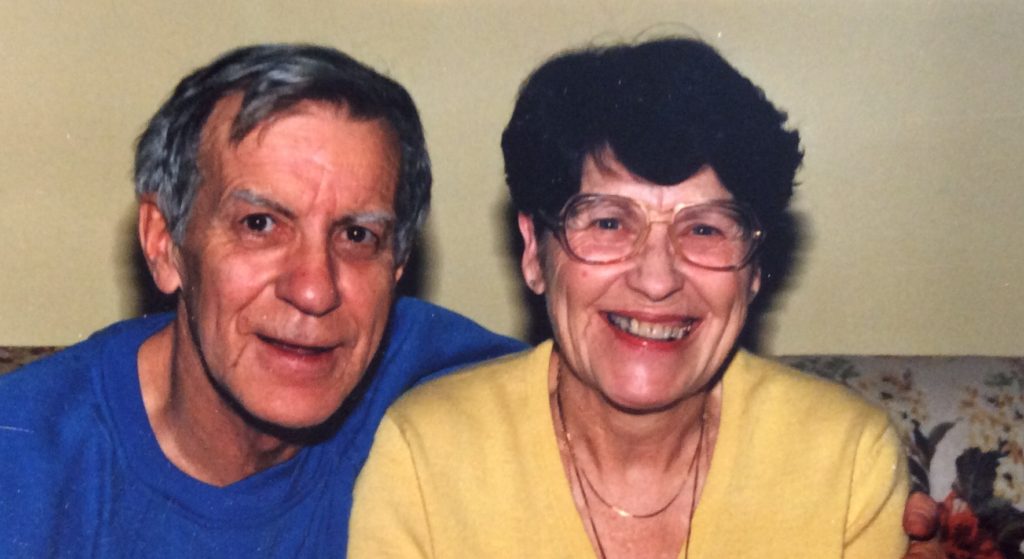 His relationship with Mel and Anne Fleming of Drinkwater, SK went back a long way. Mel’s sister Jean and Doc were friends from their teenage years. Now Mel and Anne had been married for seven years and had never been able to have any children. So they applied to adopt a child and in 1952 they became parents of a girl, Betty Ann.

Doc and Jean along with Wayne Gehm and Shirley (I don’t have her last name) went to a Saskatchewan Roughrider football game in Winnipeg against the Blue Bombers on October 10, 1953. Shirley was at that time working as a nurse in Dr. Joe Browns clinic.

Dr. Joe, as many of his friends called him was a man of many talents and strengths plus a great sense of humor. In 1932 he started his practice in obstetrics and gynecology and became Saskatchewan’s first specialist in that field of medicine. He was truly a godsend to many women who were in great need of his special knowledge and skills. He met this need with long dedicated hours. It is little wonder he was loved and admired by so many.”

On the way home from Winnipeg Shirley said that the oddest thing happened at the clinic this past week. There was a lady in to see Dr. Joe Brown who had never had any children and had adopted a baby girl just over a year ago and low and behold is now PREGNANT. Shirley, of course, wouldn’t give the lady’s name but Doc was quick to put two and two together and thought it must be Anne Fleming.

The four Rider fans were back in Regina late on Saturday night and Doc could hardly wait for morning to head out to the Flemings at Drinkwater.

Doc walked in the door at Flemings and Anne was alone in the kitchen.

“Anne, Do you have anything to tell me?” Doc said.

“Well, yes,” said Anne, “ I do have news that I am pregnant BUT I haven’t told Mel yet, so DONT SAY A WORD”

So that’s the story of adopting a baby girl,  Betty Anne, and a year and one half later,  Anne and Mel brought little Bobby into the world on June 13, 1964. Now you can see that the Fleming’s and the O’Shea’s go back all these years as friends/family.

My 28 years with Doc Part Five is next…