We had made plans to drive to Hamilton, ON for Christmas in  1975.  We actually hadn’t set a date to leave but it was to be around the 17th of December.  Plans were deferred till later as Father Athol Murray passed away on December 15 and now we woud leave after “Père’s” funeral.

(See one of the stories of Saskatchewan’s  150 leaders – http://leaderpost.com/news/saskatchewan/canada-150-athol-murray)

As most of you know it was not easy going to school at Notre Dame College in Wilcox in the early years. Living in shacks and barely having  food to eat was a major challenge. Luctor Et Emergo (Struggle and Emerge) is the motto at the college. 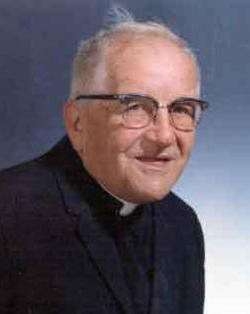 Père undoubtedly called the shots for the weather that day. It was very cold, -30 F, snow and blowing snow with a nasty north west wind howling down 13th Avenue. Despite the cold, windy weather, “Hounds”  had come from far and near, filling the Holy Rosary Cathedral.

After the service was over we soon had the car packed and with all four kids we headed for the US border. We drive through snow and blowing snow all the way to our overnight stay in Minot N.D. The next day the roads were clear and that night we stayed at a Holiday Inn somewhere on I-94 close to Alexandria. I had never seen so much snow! There was 10-12’ piles of snow where they had plowed places for cars to park. The day after that we were nearing Detroit when we heard on the radio that the 401 Highway from Windsor was now open! When we passed into Ontario we had very little traffic as the snow plows had just cleared the highway. Everyone was getting excited to be getting close to our destination.

“What’s that grinding noise I hear, Doc?” “ Sounds like a wheel bearing,”he said. Ahead was the exit sign for Tilbury which we took. Sure enough there was Joe’s Service Station and Towing Services and it was open! This was around 6 p.m. and across the street was a KFC. Nothing else was close.

Now Joe was the owner/mechanic and Doc knew right away that Joe was the guy who would replace the wheel bearing in no time.

As soon as Joe finished working on the car in the bay he put the station wagon on the hoist and replaced the wheel bearing. Then we heard a lot of hammering- would you believe Joe had put the bearing on backwards and had quite the time removing it and if course he damaged it!

Well, well, Joe was in a bit of a dilemma. His competitor, the only other service station in town would certainly have the needed wheel bearing. The problem was bad blood between himself and the owner and they were not speaking to each other anymore. What to do? He couldn’t leave these travelers from Saskatchewan stranded in Tilbury. He swallowed his pride and jumped into his 1/2 ton and in 15 minutes he was back with another bearing. We were finally on the road again and arrived at 104 Haddon Avenue North, Hamilton, ON around 1:00 a.m. 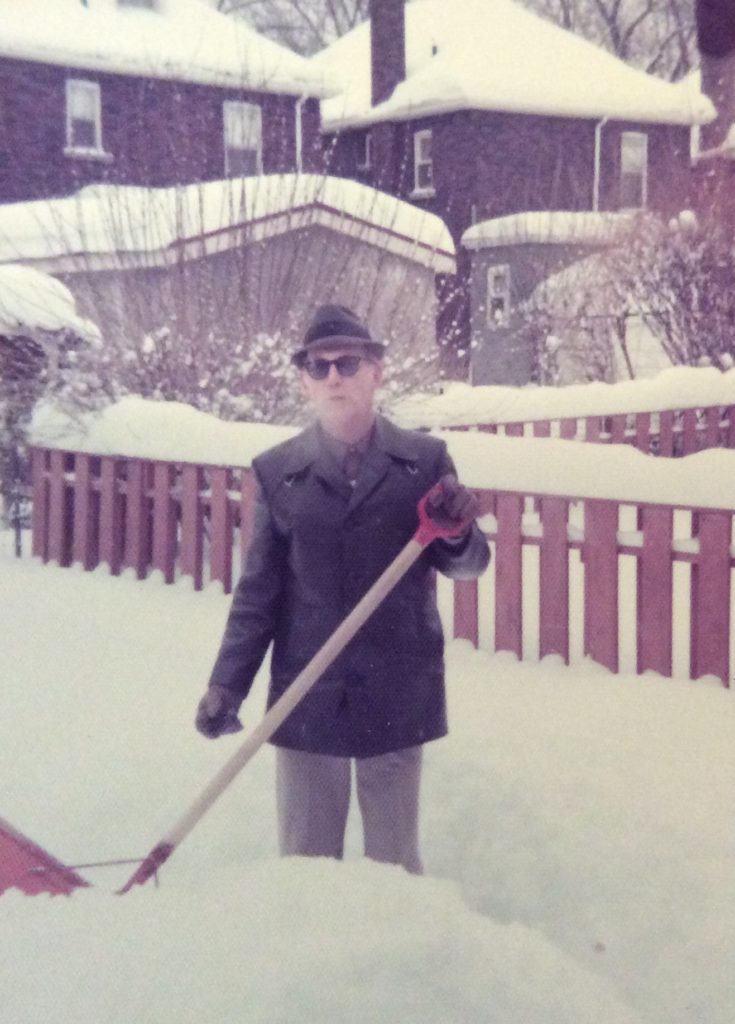 Georgie had told the neighbors that they were expecting us. Everyone  had been concerned about our travels with the major snow storm that had been raging all afternoon. 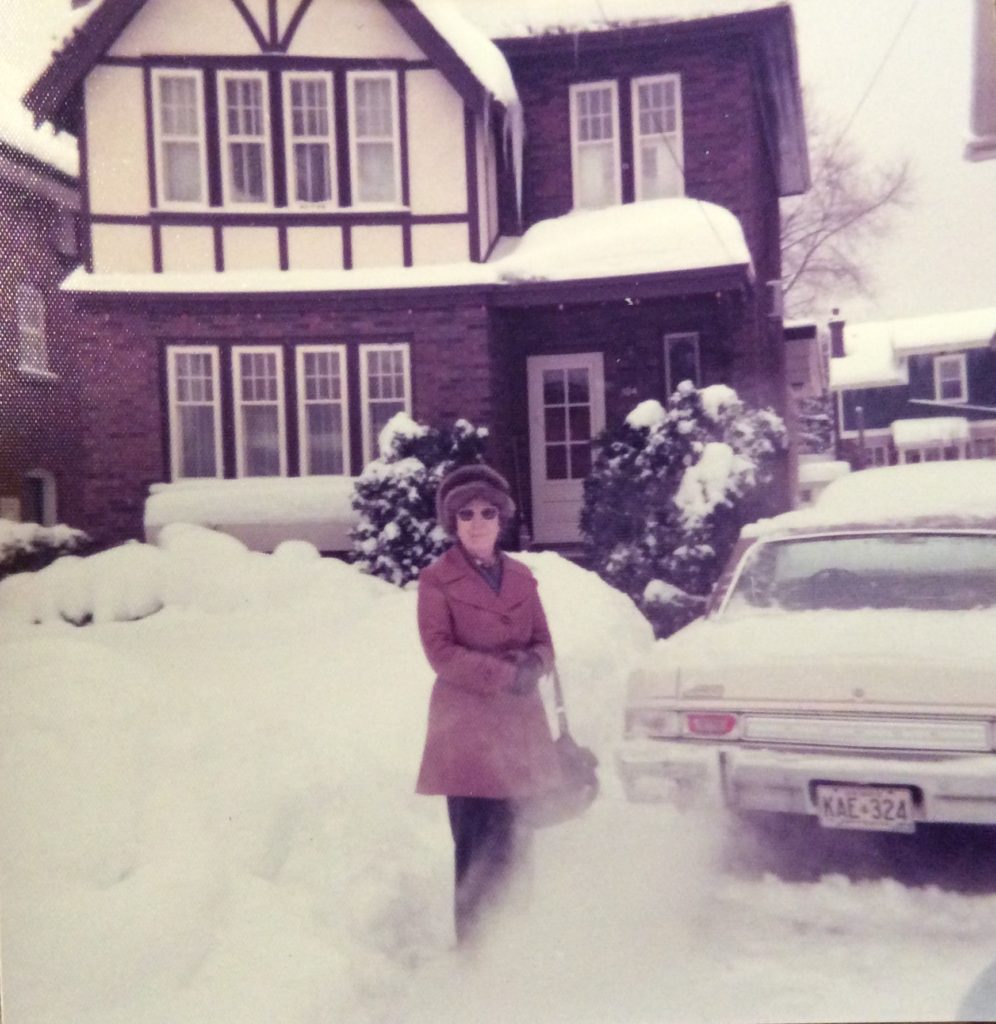 As Doc was apt to do, he turned off the lights of the station wagon as we approached the driveway and promptly turned off the ignition. This gave the kids time to get out of the station wagon and for Colleen to get her guitar out of the case. Surprise!  Right away we approached the front door, with Colleen playing her guitar and all of us singing at the top of our voices this John Denver song: 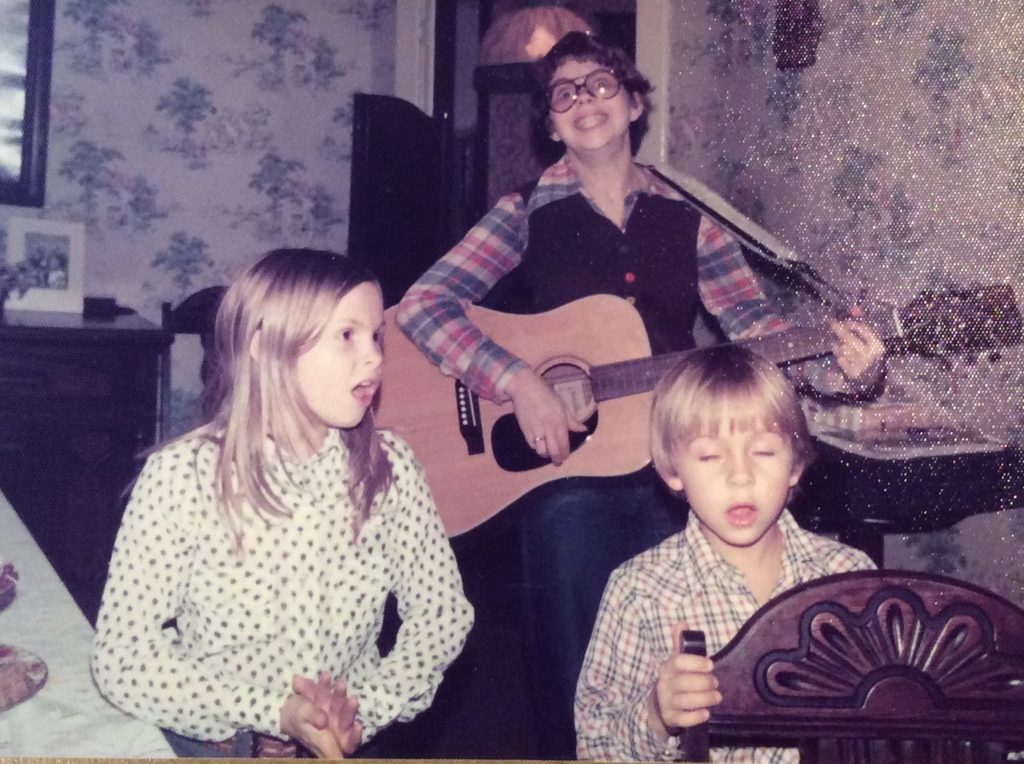 Colleen loved to play the guitar and lead the singing

The Rowbotham family sprung open the door and the lights went on all around the neighborhood. People opened their doors and clapped their hands with joy that we had arrived safely. Merry Christmas was shouted from front steps on many houses on Haddon Avenue. 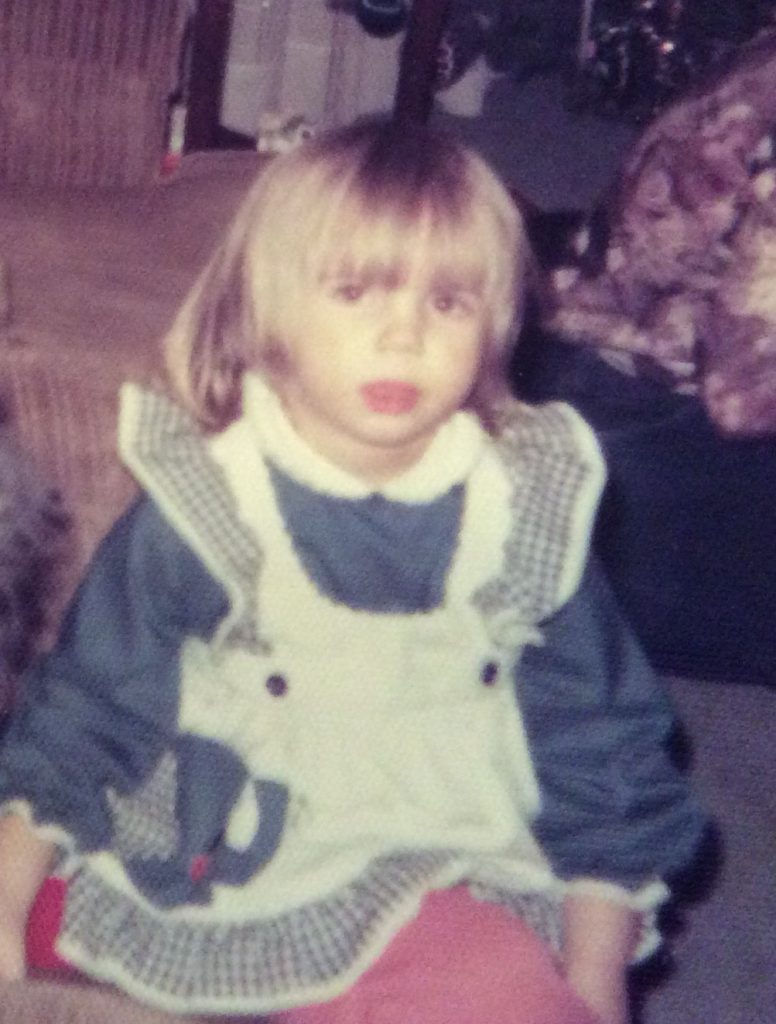 What a reception! What a start to a fun filled Christmas for our families.  Christmas dinner with all the trimmings and Holmlund style stuffing. More parties with the Maloney clan. 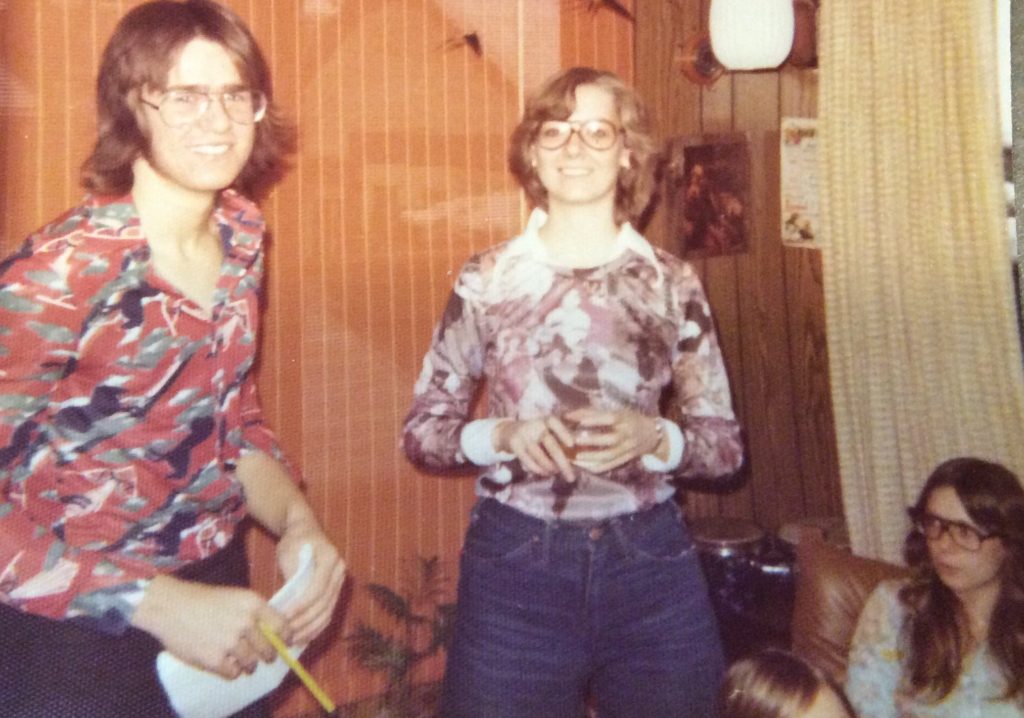 Visits with my brother Jim’s family.

On the road again January 1 and would you believe we saw a car being towed out of the ditch near Tilbury. Sure enough it was Joe and we got a big wave from him as we’d tooted the horn driving by!  It seemed like a long ride home but the roads were clear and we had no snow storms.

I have wonderful Christmas memories from 1975! 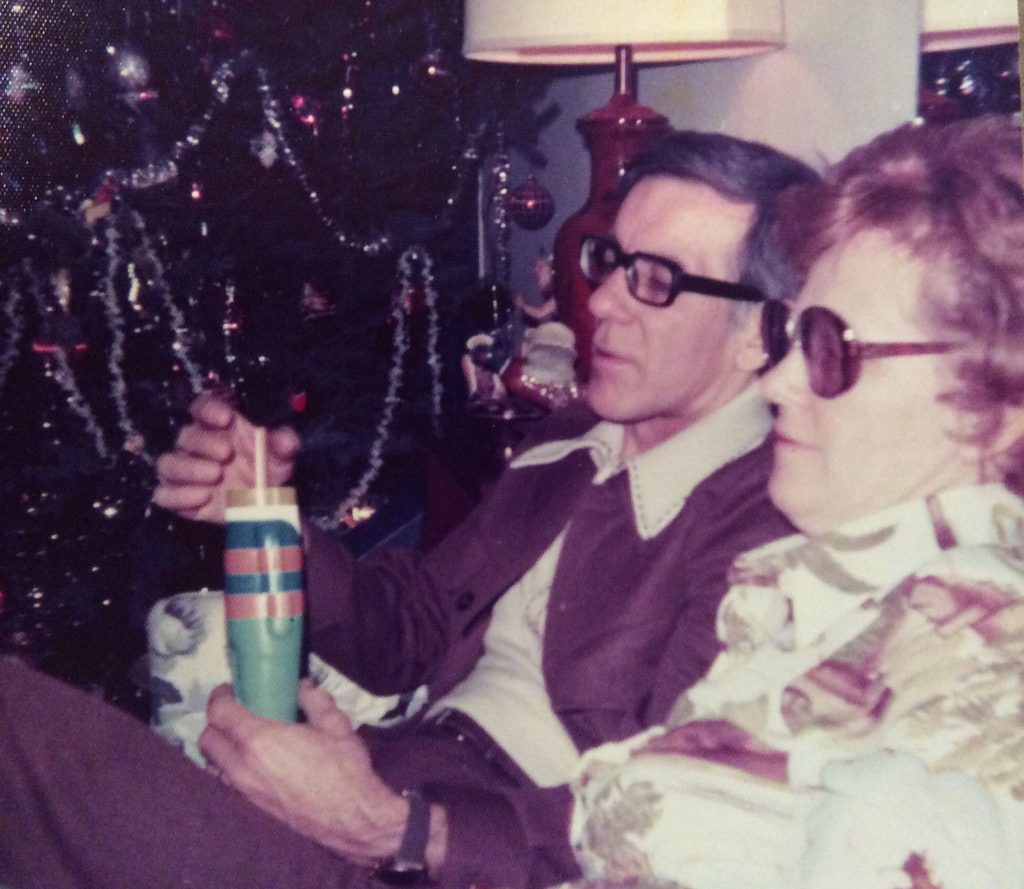 Doc and I both wondering: how does this thing work?